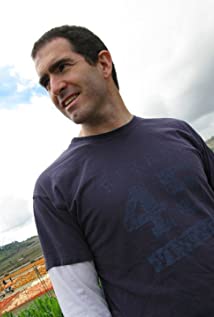 Bob Bowen grew up on the icy farming plains of Saskatchewan, Canada, surviving 24 arctic winters wrapped in animal skins and eating potatoes grown during the one warm month a year. In the 3 daylight hours when he wasn't constantly skating and playing pick up hockey with every other living child in the region, he doodled cartoons. He found he really enjoyed it and it keep this hands warm. In the year 1995, traveling by dog sled, then snowmobile, then ice covered train, and finally a Dodge neon, Bob traveled to the United States of America to attend art school and begin a career of doodling for TV that has lasted up to the present day. He settled in the city of Los Angeles in 1998, where the warm sun frightened him for the first three years living here. Since then, he has managed to pick up skills in animation directing, storyboarding, editing, and taking a prime-time animated TV show through the Harmony pipeline, as well as traditional pipeline. However, his abilities to shoot a puck, or hunt moose with a bow across frozen tundra have gone to pieces.