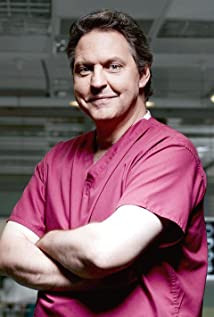 Robert George Barrett was born on March 31st 1966 and attended Bedford School as a boarder before enrolling at the Guildhall School of Music and Drama in London. He made his stage debut in 1991 and has an impressive stage roster with many appearances at the Royal Lyceum Theatre, Edinburgh in 'The Recruiting Officer', 'A Midsummer Night's Dream', Guys and Dolls' and 'Dancing at Lughnasa' as well as with the all--male Propeller company in 'The Taming of the Shrew' and (as Malvolio) in 'Twelfth Night' at the Old Vic in addition to their other productions at the Watermill Theatre and in various roles in the Chichester Festival Theatre's version of 'Nicholas Nickleby' along with its national tour. In 1992 he appeared on the London stage in 'Cyrano de Bergerac' where he met and later married fellow cast member Rebecca Charles,by whom he has two daughters. In 1993 he made his television debut in 'The Inspector Alleyn Mysteries' and has since appeared in many populist dramas, most notably 'Holby City' (from 2010) in the recurring role of Dr Sacha Levy.

An Unsuitable Job for a Woman