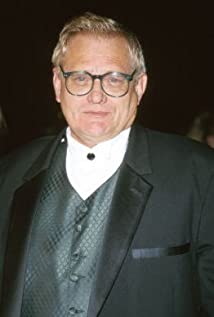 Sandy-haired American actor Bo Hopkins was born William Mauldin Hopkins in Greenville, South Carolina, and was raised by his mother and grandmother after his father died when Bo was only nine years old. He joined the US Army at the age of 16. After serving his hitch he decided on acting as a career and gained experience in summer stock productions and guest spots in several TV episodes.Hopkins broke into feature films as the ill-fated "Crazy Lee" in the Sam Peckinpah landmark western The Wild Bunch (1969), and was subsequently hired by Peckinpah for another none-too-bright role as a bank robber in The Getaway (1972) and then as a hired killer pairing up with CIA agent James Caan in The Killer Elite (1975). He was busy on television during the 1980s and 1990s, guest-starring on The Rockford Files (1974), Charlie's Angels (1976), The A-Team (1983), Hotel (1983) and Matt Houston (1982), and was featured on Dynasty (1981). In addition, he starred in dozens of feature films, such as Midnight Express (1978), American Graffiti (1973), The Bounty Hunter (1989), U Turn (1997) and Shade (2003). With his "good old boy" persona and Southern drawl, Hopkins often played lawmen, psychos, or oily villains.He makes his home in Los Angeles with his wife Sian and son Matthew, and is a keen fisherman, fan of the Anaheim Angels baseball team, and enjoys raising koi fish.

A Crack in the Floor

South of Heaven, West of Hell

Getting to Know You