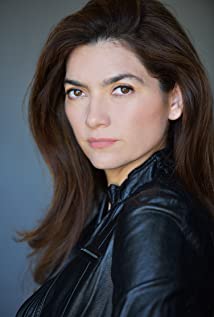 Blanca Blanco is an American actress who was born and raised in Watsonville, California, along with two sisters and two brothers, by Mexican immigrant parents who worked multiple jobs to support them. At the age of nine, her family relocated to Chelan, Washington, where she began taking acting and singing classes and organizing theatre performances in between her studies.After high school, Blanca graduated from Washington State University with a Bachelor of Science in Psychology and from Eastern Washington University with a Master of Social Work. She then relocated to Los Angeles to pursue a career in acting. She has trained under DGA Award winning director Gordon Hunt, whose theatre company she performed with in multiple productions, Academy Award nominee Sally Kirkland, and veteran character actor Bruce Glover.Her first major role was in the 2008 feature film Dark Reel (2008) opposite Edward Furlong. Notable on screen credits include Bullet (2014) opposite Danny Trejo, Anatomy of Deception (2014), Crimes of the Mind (2014), Defending Santa (2013) (ION), and Bermuda Tentacles (2014) (Syfy). Her films Teen Star Academy (2016), 6 Children & 1 Grandfather (2018), and Mission Possible (2018) each premiered at Cannes Film Festival in 2016, 2017, and 2018 respectively. Recently released films include Fake News (2017), Betrayed (2018), and Torch (2018). In 2018, she began filming The Dog of Christmas.In 2016, Blanca received the Arido Award for her contribution to the film industry.Blanca is a supporter of the American Cancer Society, Autism Speaks, AIDS Society, The Salvation Army, and Step Up, and has worked as a counselor for End of Life hospice patients.She resides in Malibu, CA.

Crimes of the Mind