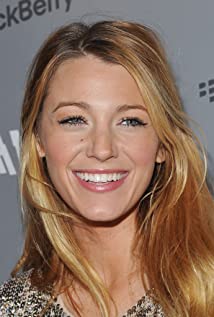 Blake Lively was born Blake Ellender Brown in Tarzana, California, to a show business family. Her mother, Elaine Lively (née McAlpin), is an acting coach and talent manager, and her father, Ernie Lively (born Ernest Wilson Brown, Jr.), is an actor and teacher. Her brother is actor Eric Lively, and her half-siblings are actors Lori Lively, Robyn Lively and Jason Lively. She followed her parents' and siblings' steps. Her first role was Trixie, the Tooth Fairy in the musical movie Sandman (1998), directed by her father. Her big break came along a few years later, though. Blake was up to finish high school when she got the co-starring role of Bridget in The Sisterhood of the Traveling Pants (2005).Blake was so perfect for the role of Bridget that, with no big references or even auditioning, she landed the role. According to her, all she did was walk in and leave a photo of herself. It was clear that she was the Bridget needed. After the film, Blake went back to high school for her senior year to have the life of a regular teenager -- or a very busy regular teenager. She was class president, a cheerleader, and performed with the choir.

When You Wish Upon a Pickle: A Sesame Street Special

All I See Is You