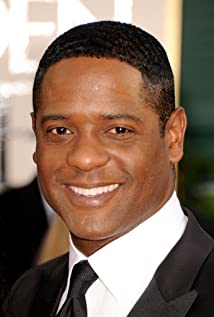 A true multi-hyphenate, Blair Underwood is enjoying success in film, television and theatre, as an actor, director and producer. Underwood recently returned to Broadway starring opposite David Alan Grier in the Pulitzer Prize winning drama "A Solider's Play" for director Kenny Leon and the Roundabout Theatre Company. He also co-stars in Justin Simien's "Bad Hair" which will premiere at the 2020 Sundance Film Festival. Also this year, Underwood stars opposite Octavia Spencer & Tiffany Haddish in Netflix's highly anticipated limited series "Self Made: Inspired by the Life of Madam CJ Walker" (March 20).Underwood recently appeared in the Netflix Emmy-Award winning limited series "When They See Us." He also had a recurring role on the Netflix comedy series, "Dear White People" and can be seen in Clark Johnson's "Juanita," opposite Alfre Woodard, also for Netflix. He spent two years as a series regular on the ABC drama series "Quantico," while also recurring on another hit ABC drama "MARVEL AGENTS OF S.H.I.E.L.D. " He also had a co-starring role in "The After Party," from writer/director Ian Edelman, which Netflix released late in 2018.Past television credits include series regular roles on "Dirty Sexy Money," "The New Adventures of Old Christine," "In Treatment," "The Event" and "L.A. Law". Film credits include "Deep Impact," "Set It Off," "Rules of Engagement," "Just Cause," "Madea's Family Reunion" and Steven Soderbergh's "Full Frontal." Underwood co-starred opposite Cicely Tyson in the Lifetime telefilm & theatre production of "A Trip to Bountiful," based on the Tony Award-winning play.In 2012 he made his acclaimed Broadway debut in the iconic role of Stanley in Tennessee Williams' "A Streetcar Named Desire," for which he earned a 2012 Drama League Distinguished Performance Award nomination. He also starred in "Paradise Blue" at the Williamstown Theatre Festival and "Othello" at the Old Globe Theatre.Underwood also has several projects in the development pipeline as a director, including "Viral," a feature based on a Joe McClean script. In 2010 he made his feature film directing debut with "The Bridge to Nowhere," which starred Ving Rhames, Danny Masterson, Bijou Phillips and Alex Breckenridge.Underwood is an Emmy Award-winner (as producer of the philanthropy-centered NBC Saturday morning series "Give"), a two-time Golden Globe Award nominee, and has been nominated for 17 NAACP Image Awards (seven wins). He won a Grammy Award for Best Spoken Word as co-narrator of Al Gore's audiobook, An Inconvenient Truth. A newly minted member of the Academy of Motion Picture Arts and Sciences, he is also active in several philanthropic endeavors.

The Trip to Bountiful

The Art of Getting By