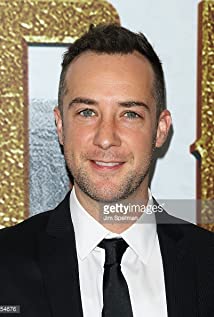 Billy Slaughter has acted in over a 100 feature films and television series, including: The Magnificent 7, The Campaign, The Big Short, Bad Moms, Daddy's Home, Mindhunter, and American Horror Story; and has starred in films such as 4 To Go and Laundry Day. He additionally starred in and Executive Produced Dark Meridian, which won "Action Film of the Year" at the Action on Film Festival, and earned him a nomination for "Best Actor." Slaughter has worked with numerous industry icons from Clint Eastwood, Denzel Washington, Anthony Hopkins, Robert DeNiro and Gene Hackman to Tom Cruise, Will Ferrell, Will Smith, Mark Wahlberg, and Sylvester Stallone.A New Orleans native, Billy is considered one of the top actors to come out of "Hollywood South" and was brought to Los Angeles at the invite of Dustin Hoffman. He was the youngest "Lead Actor" recipient of The Marquee Award for his role in Equus, the youngest acting instructor in New Orleans, and one of the youngest company members of Louisiana's Shakespeare Festival. He has been on the cover of Biz magazine; featured in The Hollywood Reporter, Variety, and The Times Picayune's 'Best of New Orleans' edition; and listed as one of Gambit magazine's top young movers and shakers.Slaughter trained classically in England at The British American Dramatic Academy (BADA) and has lived and worked in New York and L.A. He holds a B.A. in Drama and Communications from the University of New Orleans, where he graduated #1 in the Drama program (Cum Laude), and was offered a personal scholarship to The Strasberg Institute by Anna Strasberg. Billy has recently completed shows with Disney, Netflix, Marvel, and Showtime, and has a slate of projects in development under his company Panta Rei Productions.

One of These Days