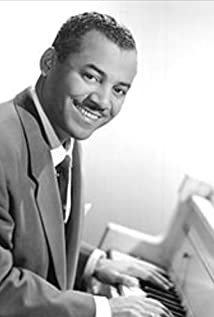 A lesser-known pianist of the big band era, Billy Kyle began gigging with local bands while in his teens. In the early 1930's, he free-lanced in New York, then was resident pianist at the Memphis Club in Philadelphia. He first came to prominence as accompanist for vocalist Bon Bon Tunnell on radio station KYW. After a stint with the band of Lucky Millinder (1936-38), Kyle joined the John Kirby Sextet, which included among its personnel such illustrious jazz musicians as Russell Procope, Buster Bailey and Charlie Shavers. Kyle remained with 'The Biggest Little Band in the Land' until called up for military service in 1942. He then worked extensively with Sy Oliver, as well as fronting several small combos of his own. From 1953 until his death, he was a member of the Louis Armstrong All-Stars and can be glimpsed in the musical High Society (1956). Kyle was noted for a delicate style and a tendency to prefer rhythmic support to playing lead piano.