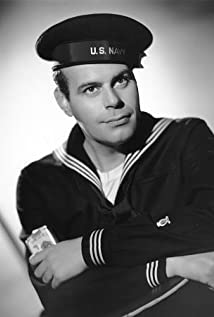 Most certainly egged on by the dandified antics of an Edward Everett Horton, Eric Blore and/or Franklin Pangborn, burlesque clown Billy DeWolfe in turn gave obvious inspiration to such effeminate cutups as Paul Lynde and Charles Nelson Reilly. Billy's life was one hundred percent show business from start to finish in a career that lasted five decades, and it took everything, including the proverbial vaudeville hook, to get the delightful ham off the stage he craved and loved so well.Christened William Andrew Jones, he was the son of a Welsh-born immigrant and bookbinder. Born in Massachusetts, the family returned to Wales almost immediately and did not come back to the States until Billy was nine years old. He began his career in the theater as an usher until he found work as a dancer with a band. He subsequently took his name from a theater manager, William De Wolfe, who actually offered him his name. Billy developed his own comedy-dance act and originally played the vaudeville circuit as part of a duo or trio. In London for five years, he eventually went solo and was given the chance to play the London Palladium at one point. He returned to America in 1939 and enjoyed notice as a prime radio and nightclub performer-impressionist, appearing in satirical revues, sometimes in drag, with great results.Billy enlisted in the U.S. Navy in 1942 shortly after completing his first movie role as a riverboat conman in Dixie (1943) for Paramount. In civilian clothes again by war's end, he returned to Paramount and brought hyper comedy relief to a number of films including Miss Susie Slagle's (1946), Our Hearts Were Growing Up (1946), and The Perils of Pauline (1947). He then instigated what would become his suitor prototype. With trademark mustache and spiffy duds, he assumed the role of the highly ineffectual, fastidious, self-involved bore who loses the girl, in Dear Ruth (1947), one of his biggest film triumphs, which was followed by two "Dear..." movie sequels. Old-fashioned musicals were definitely his cup of tea and he was easily fit into such nostalgic fare as Tea for Two (1950) and Lullaby of Broadway (1951). One of his other film highlights includes getting snitty with bombastic Ethel Merman in Call Me Madam (1953).Irrepressible and definitely hard to contain for film (not to mention difficult to cast due to his mincing mannerisms), Billy focused instead on the live stage. He won the 1954 Donaldson Award for the NY production of "John Murray Anderson's Almanac," returned to London in command performances, and revisited Broadway in the last edition of "The Ziegfeld Follies" in 1957. Better yet was his pompous performance in the musical "How to Succeed in Business Without Really Trying" On TV he was a mildly popular raconteur on the talk show circuit. Fussy second-banana series roles took up his final decade of acting with such comedy series showcasing the likes of Imogene Coca, Phyllis Diller and Doris Day, who became a very close friend.A lifelong hypochondriac, Billy was about to take on the role of Madam Lucy in a 1973 Broadway revival of "Irene" when the ravages of lung cancer forced him to leave the show before rehearsals even began. Character player George S. Irving replaced Billy and went on to win a supporting-actor Tony for his wild efforts. Billy lost his fight at age 67 in 1974.

The Perils of Pauline