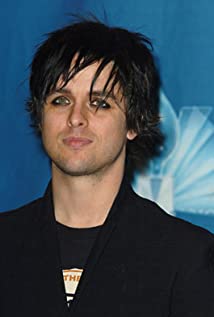 Billie Joe Armstrong was born in Piedmont, California, a small town surrounded by the city of Oakland, and was raised in Rodeo, California, the youngest of six children of Ollie (Jackson) and Andrew "Andy" Marsicano Armstrong. His father worked as a jazz musician and truck driver for Safeway Inc. to support his family. He died of esophageal cancer on September 10, 1982. The song "Wake Me Up When September Ends" is a memorial to his father. He has five older siblings: David, Alan, Marci, Hollie, and Anna. His mother worked at Rod's Hickory Pit restaurant in El Cerrito. Armstrong and Mike Pritchard's first live performance was at Rod's Hickory Pit in 1987; their first performance under the name Green Day was in Davis, a college town approximately an hour's drive northeast of San Francisco Bay.Armstrong's interest in music started at a young age. He attended Hillchest Elementary School in Rodeo, where a teacher encouraged him to record a song titled "Look for Love" at the age of five on the Bay Area label Fiat Records. After his father died, his mother married a man whom her children disliked, which resulted in Armstrong's further retreat into music. At the age of 10, Armstrong met Mike Dirnt in the school cafeteria and they immediately bonded over their love of music. He became interested in punk rock after being introduced to punk rock by his brothers. Armstrong has also cited Minneapolis-based bands The Replacements and Husker Du as major musical influences.Armstrong attended John Swett High School, also in Crockett, and later Pinole Valley High School in Pinole, California, but then dropped out to pursue his musical career.In 1987, aged 15, Armstrong formed a band called Sweet Children with his childhood friend Mike Pritchard. In the beginning, Pritchard and Armstrong both played guitar, with John Kiffmeyer on drums, and Sean Hughes on bass. After a few performances, Hughes left the band in 1988; Pritchard then began playing bass and they became a three-piece band. They changed their name to Green Day in April 1989, choosing the name because of their fondness for marijuana. That same year, they released their debut EP 1,000 Hours through Lookout Records. They recorded their debut studio album 39/Smooth and the extended play Slappy in 1990, which were later combined with 1,000 Hours into the compilation 1,039/Smoothed Out Slappy Hours in 1991. Frank Edwin Wright III eventually became Green Day's drummer in late 1990 when Sobrante left Green Day in order to go to college. California punk band Rancid's lead singer Tim Armstrong asked Armstrong to join his band, but he refused owing to the progress with Green Day. Wright made his debut on Green Day's second album, Kerplunk. With their next album, Dookie (1994), the band broke through into the mainstream, and have remained one of the most popular rock bands of the 1990s and 2000s with over 60 million records sold worldwide. In 2009, their hit American Idiot became a musical on Broadway.Apart from working with Green Day and side-band Pinhead Gunpowder, Armstrong has collaborated with many artists over the years. He has co-written for The Go-Go's ("Unforgiven") and former Avengers singer Penelope Houston ("The Angel and The Jerk" and "New Day"), co-written a song with Rancid ("Radio"), and sung backing vocals with Melissa Auf der Maur on Ryan Adams' "Do Miss America" (where they acted as the backing band for Iggy Pop on his Skull Ring album ("Private Hell" and "Supermarket"). Armstrong has produced an album for The Riverdales. He has also been confirmed to be part of a side project called The Network, which released an album called Money Money 2020. Money Money 2020 was released on Adeline Records, a record label co-owned by Armstrong. Armstrong also provided lead guitar and backing vocals on 3 songs for The Lookouts' final extended play IV (1989).Hoping to clear his head and develop new ideas for songs, Armstrong traveled to New York City alone for a few weeks, renting a small apartment in the East Village of Manhattan. He spent much of this time taking long walks and participating in jam sessions in the basement of Hi-Fi, a bar in Manhattan. However, the friends he made during this time drank too much for his liking, which was the catalyst for Armstrong's return to the Bay Area. After returning home, Armstrong was arrested on DUI charges on January 5, 2003, and released on $1,200 bail.In 2010, Armstrong joined the cast of American Idiot, which won two Tonys, for one week in the role of St. Jimmy. He replaced the original Broadway cast member Tony Vincent from September 28 to October 3. (American Idiot is an adaption of Green Day's concept album of the same name). Armstrong returned to the role of St. Jimmy for 50 performances beginning January 1, 2011.On Thursday, July 26, 2012 it was announced he joined Season 3 of NBC's The Voice as a mentor for Christina Aguilera. He will mentor the artists on Aguilera's team where she serves as a coach.In 1990, Armstrong me