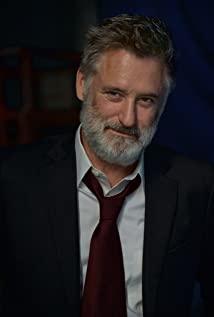 William James Pullman was born in Hornell, New York, one of seven children of Johanna (Blaas), a nurse, and James Pullman, a doctor. He is of Dutch (mother) and English, Northern Irish, and Scottish (father) descent. After high school, Bill went into a building construction program at SUNY Delhi in New York. He transferred to State University of New York College at Oneonta where he received his BA in Theater. He received both his MFA in Theater/Directing and an honorary PHD from University of Massachusetts at Amherst. While teaching Directing at Montana State University in Bozeman, Montana, one of Bill's students was the soon-to-be film director John Dahl, who later cast Mr. Pullman in "The Last Seduction".Moving to New York City, he worked with Kathy Bates in the acclaimed stage production of "Curse of the Starving Class". However, it was his first work in three strikingly diverse films that brought him to the attention of his audience: "Ruthless People" with Danny DeVito and Bette Milder, the Mel Brooks hit "Spaceballs" and the Oscar-nominated (and winner for Best Supporting Actress Geena Davis) "The Accidental Tourist". Still attracted to the art and study of building construction, Bill has designed and/or restored three "barns": In Montana, he converted a 1933 barn at his ranch into his family home. In Los Angeles, he built a Truss barn in the style of LA's 1910 fruit storage barns. In western New York State, he restored a '3-bay' barn that sometimes serves as a community center near his hometown of Hornell, New York. Focused more on neighborhoods than show business-based charities and societies, Pullman has defined himself by his work with his local communities. He works to bridge communities of Los Angeles through his board work with Cornerstone Theater. Pullman continues to work with his neighbors who formed "Concerned Citizens Montana" to secure a place at the table regarding the national need for a smart grid for energy transmission. He also works with the local university (Alfred University, New York) as well as supports local health services ("The Pullman Women's Health and Birthing Center" at St James Hospital, Hornell, NY).Pullman is also an MS Society Ambassador. Based in Los Angeles, New York City and Western Montana, Pullman is married to dancer Tamara Hurwitz Pullman, and they have three children, daughter singer/songwriter Maesa Rae and multi-talented sons Jack and Lewis Pullman, who is now also an actor.