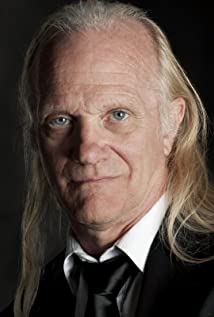 Bill Pacer is a mature, open minded, and versatile producer, writer and SAG/AFTRA actor. In addition, he has worked as a casting director and location scout. Bill has an unlimited perspective of life, and savors every breath and breathes boldly.Will Go Far, LLC, which Bill co-owns with LaDonna Allison, epitomizes Bill's exciting reality as they have solo shows about Ben Franklin, Mrs. Ben Franklin, and others. And Will Go Far goes farther than simply G-rated shows. They strive to eschew social stigmas and question artificial barriers.Known as Barefoot Bill Pacer due to his aversion to shoes, he strolls through life with joy and candor. He loves the stage, film, television, and modeling. Bill has a multifarious background and desire.He yearns for variety and challenge. His work spans concepts from kids to controversial, horror to humorous, silly to sad. The quintessential character actor, his interpretations are dynamic and exciting. While his signature roles are Scrooge and Ben Franklin, his true signature is the ability to bring life to different and diverse individuals. He perceives every casting as an entreaty to absorb all information possible to mold the character. Creating compelling individuals is a hallmark of Bill's dedication.Bill made his television debut on Romper Room in 1954 on WAAM-TV (now WJZ-TV) in Baltimore. Since then, he has enjoyed the theatrical. Described as uninhibited, eccentric, eclectic, exuberant and unique, Bill defies classification.He says, "The boundaries of the character are more essential than my personal boundaries."

I Thought You Were a Nice Man