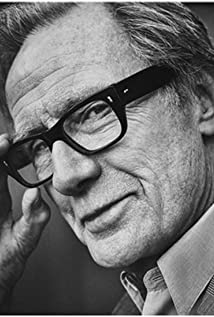 Bill Nighy is an award-winning British character actor. He was born William Francis Nighy on December 12, 1949 in Caterham, Surrey, England, to Catherine Josephine (Whittaker), a psychiatric nurse from Glasgow, and Alfred Martin Nighy, who was English-born and managed a garage in Croydon.At school, he gained 'O'-levels in English Language and English Literature and enjoyed reading, particularly Ernest Hemingway. On leaving school he wanted to become a journalist but didn't have the required qualifications. He eventually went on to work as a messenger boy for the Field magazine. He stayed in Paris for a while because he wanted to write "the great novel", but he only managed to write the title. When he ran out of money, the British consul shipped him home.Nighy wound up training at Guildford School of Dance and Drama in London, and has since then worked consistently in film, television, and on stage.Nighy is perhaps best-known to international audiences for his memorable performance as washed-up pop singer Billy Mack in Love Actually (2003), which won him a BAFTA for best supporting actor. He has also made appearances in major franchises: he played vampire leader Viktor in Underworld (2003), Underworld: Evolution (2006) and Underworld: Rise of the Lycans (2009), did the performance capture and voice for Davy Jones in Pirates of the Caribbean: Dead Man's Chest (2006) and Pirates of the Caribbean: At World's End (2007), and made a brief appearance as Minister of Magic Rufus Scrimgeour in Harry Potter and the Deathly Hallows: Part 1 (2010).Nighy's recent film credits include roles in I Capture the Castle (2003), Shaun of the Dead (2004), The Hitchhiker's Guide to the Galaxy (2005), The Constant Gardener (2005), Notes on a Scandal (2006), Hot Fuzz (2007), Valkyrie (2008) and Pirate Radio (2009). He has also provided voice work for many animated movies in the past few years including Flushed Away (2006), Astro Boy (2009), Rango (2011) and Arthur Christmas (2011).With supporting turns in The Best Exotic Marigold Hotel (2011), Wrath of the Titans (2012) and Total Recall (2012), 2012 was a busy year for Nighy. There are no signs of slowing down either, as he next appeared in Jack the Giant Slayer (2013), About Time (2013), and I, Frankenstein (2014).Nighy has also had an active career on the small screen, beginning with Agony (1979), and his first widely-recognized role was in 1991 mini-series The Men's Room (1991). He has also made a habit of working on television with Harry Potter director David Yates: projects together include State of Play (2003), The Young Visiters (2003), The Girl in the Café (2005) and Page Eight (2011). Nighy won a Golden Globe for his performance in Gideon's Daughter (2005).Nighy actually began his career on the stage, and has earned acclaim for his work in numerous plays including "The Vertical Hour," "Pravda". "A Map of the World", Tom Stoppard's Arcadia in 1993, and David Hare's Skylight. He received an Olivier Award nomination for Best Actor for his performance in 2001 play "Blue/Orange."Bill's partner was actress Diana Quick (he asked her to marry him but she said: "don't ask me again"; he called her his wife because anything else would have been too difficult). They have a daughter, Mary Nighy, who is studying at university and contemplating an acting career. She has already begun to appear on TV dramas and radio programs.