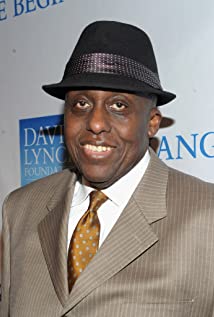 Duke Media Entertainment, led by actor, director, producer, writer and humanitarian, Bill Duke, is dedicated to bringing quality Edutainment to audiences around the globe. Formerly Yagya Productions, Duke Media has successfully produced critically acclaimed film and television content for more than 30 years. Additionally, Duke Media is in process of expanding the brand to involve itself in the development of new media technologies, i.e. cellphone apps, games, and virtual world experiences. Since the early 70s, Bill Duke along with industry veterans Michael Shultz and Gordon Parks, have long paved the way for African Americans in the industry.Mr. Duke excels in front of and behind the camera. His acting and directing credits are extensive and include stints on such ground breaking television series as Falcon Crest, Fame, Hill Street Blues, Knotts Landing, Dallas, and New York Undercover. His feature credits include Sister Act 2: Back in the Habit, Get Rich or Die Trying, Deep Cover, Hoodlum, Predator, Menace II Society and Not Easily Broken, to name a few. He has recently completed production on, Blexicans, a new television pilot that takes a comedic look at a mixed race family. His documentaries, Dark Girls and Light Girls, both NAACP Image Award nominees, aired on OWN and were two of the most successful documentaries on the network.Bill Duke's invaluable contributions to the industry have been recognized by both his peers and the entertainment community. Appointed by former President Bill Clinton to the National Endowment of Humanities, he was appointed to the Board of the California State Film Commission by former Governor Arnold Schwarzenegger and he has been honored by the Directors Guild of America with a Lifetime Achievement Tribute.

Iceberg Slim: Portrait of a Pimp