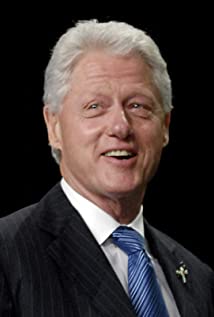 Takma İsimler: The Man From Hope, Bubba, the Compromiser in Chief, Secretariat, The Wizard of "Is", The Comeback Kid, Slick Willie, The first black president, Wild Bill

Bill Clinton was born William Jefferson Blythe III in Hope, Arkansas, to Virginia Dell (Cassidy) and William Jefferson Blythe, Jr., a traveling salesman. His father died in a car crash three months before Bill was born. He was raised by his grandparents for four years while his mother was in Louisiana studying nursing, in order to support herself and her son. In 1950, his mother married Roger Clinton, whose surname young Bill took; his half-brother, Roger Clinton, was born in 1956. Always interested in politics and working to help people, Clinton majored in International Affairs at Georgetown University. He graduated in 1968 and won a Rhodes Scholarship, which he used to study government at Oxford University. Clinton graduated from Yale Law School in 1973. He then taught law in Arkansas, and ran for political office. He was elected Arkansas Attorney General in 1976, then Governor in 1978. He won re-election in 1982, and served until he won the US Presidency in 1992, becoming the 42nd President of the United States, and winning re-election in 1996.

The River and the Wall

Won't You Be My Neighbor?