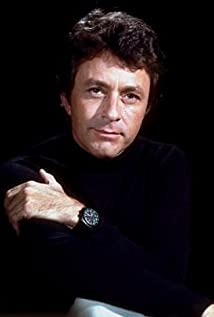 The son of a sales clerk and a department store owner, Bill Bixby was the sixth-generation Californian born as Wilfred Bailey Bixby, on January 22, 1934, in San Francisco, California. An only child growing up in the 1940s and 1950s, he attended schools in the same area, took ballroom dance lessons, before attending Lowell High School, where he excelled in drama. After his graduation from high school, he attended San Francisco City College, where he majored in drama. He transferred to the University of California-Berkeley, where he majored in the pre-law program, but never stopped falling in love with his interest in acting. After almost graduating, he left his native San Francisco, to travel to Los Angeles, where he became a lifeguard and a bellhop.Two years later, in 1959, two executives noticed him and hired him immediately for commercial work and modeling, in Detroit, Michigan. At the same time, he auditioned for theater roles. He joined the Detroit Civic Theatre Company and made his professional stage debut in the musical, "The Boy Friend". Long after his trip to Michigan, he continued doing commercial work and made numerous guest appearances on popular TV sitcoms.He made his TV debut in an episode of The Many Loves of Dobie Gillis (1959). He also did many other roles, most notably as "Charles Raymond" in The Joey Bishop Show (1961). After many guest and recurring roles, he landed a co-starring role opposite Ray Walston in My Favorite Martian (1963), in which he portrayed a newspaper reporter playing host to a visitor from another planet. After the first season, it became a hit and Bixby became a household name to millions of fans who liked the show. The show was going well until its cancellation in 1966, which left Bixby in the dark, for the time being. However, he finally got the chance to go onto the big screen. The first of the four post-"Martian" 60s movies he played in was the Western, Ride Beyond Vengeance (1966). The following year, he played in Doctor, You've Got to Be Kidding! (1967) and, soon after, he was approached by Elvis Presley to appear in both Clambake (1967), and Speedway (1968). Afterwards, he once again returned to series television, this time playing widowed father, "Tom Corbett", on The Courtship of Eddie's Father (1969), based on the popular 1963 movie. After its first season, it became a much bigger hit than his first show and Bixby, heretofore one of Hollywood's most confirmed bachelors, changed his views on marriage and family, subsequently taking actress Brenda Benet as his bride and fathering a son. He also tried his hand at directing an episode of the series, called "Gifts Are For Giving", about Norman's highly treasured gift. After completing its second season, Bixby received an Emmy nomination for Lead Actor in a Comedy Series, but didn't win. By its third season in 1972, the show had bad scripts and ABC decided to pull the plug.Once again, Bixby was not long out of work and was offered a chance to star in a lead role as "Anthony Dorian/Anthony Blake", on his first and only NBC dramatic series called, The Magician (1973). The show focused on Anthony performing magic tricks which helped people who were in trouble, and in real-life, Bill became a fine magician, performing to both children and adults. But sadly, the show was canceled after one season due to its expensive costs.After a seven-year absence from the big screen, he co-starred in another western, opposite Don Knotts and Tim Conway, in The Apple Dumpling Gang (1975). Like most of the theatrical movies he did, it was not a blockbuster at the box office, but was still an average hit. In late 1977, he was offered the role of "Dr. David Bruce Banner", in a two-hour pilot called, The Incredible Hulk: The Incredible Hulk (1977). About a physician/scientist who turned into a green monster whenever he became angry, the idea appealed to CBS, and several months later, they premiered a new science fiction-dramatic series, called, The Incredible Hulk (1977). When it debuted as a mid-season replacement, it became the #1 show in the United States, and in many other countries. His character became famous for ripping up shirts each time he turned into the Hulk, played by bodybuilder Lou Ferrigno. Bixby had wanted to direct some episodes, but the time he had to spend in the make-up chair for the transformation sequences made that problematical, and he managed to helm only one segment, "Bring Me the Head of the Hulk", in the fourth season. The series was canceled in 1981 (although the last few episodes didn't air until 1982).Bixby, once again, came back to series television, acting in, producing and directing his last sitcom, Goodnight, Beantown (1983), on which he played "Matt Cassidy". Chosen for the role of "Jennifer Barnes", was one of Bixby's old friends, Mariette Hartley, who had won an Emmy for her guest appearance in The Incredible Hulk (1977) as Banner's second wife. The two played co-anchor newscasters of a Boston televis

Baby of the Bride

The Death of the Incredible Hulk

The Trial of the Incredible Hulk