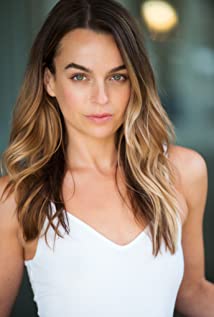 Actress Bianca Bradey is best known for her breakout role as Brooke in the Australian cult-classic movie 'Wyrmwood : Road of the Dead'. In 2014 her intense performance earned rave reviews at the best genre Film Festivals around the world including Fantastic Fest in Austin Texas (Best Actress Nomination), Busan in South Korea and Toronto After Dark in Canada. Following this success, Bianca has featured alongside Kellan Lutz, Daniel Macpherson and Isobel Lucas in director Shane Abbess' feature 'SFv1', to be released in 2016.In 2015 Bianca was nominated for Best Supporting Actress at the International Filmmaker Festival of World Cinema Milan 2015 for the award winning short film 'A Private Matter'. She has also worked on the Australian small screen playing opposite Richard Roxborough in 'Rake' (2012) and earning her comedy stripes in 'I Rock' (2013). Also in 2015, Bianca continued in her 4th season of the series 'Starting From... Now', which after 20 million views online was picked up for national broadcast by Australian television station SBS.In 2016 Bianca is set to star in the already green-lit 5th series of 'Starting From... Now', and the much anticipated 'Rendel', Scandinavia's first Superhero film.

After the Flames - An Apocalypse Anthology

A Night of Horror Volume 1

Wyrmwood: Road of the Dead