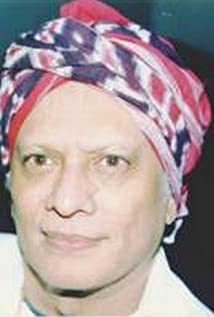 Bhaskar Roy Chowdhury was born 11 February 1930 in Madras (now Chennai), India to painter/sculptor Devi Prasad Roy Chowdhury, who was then Principal at the Madras School of the Arts. The dances he learned were Kathakali, Bharatanatyam, Kathak and Manipuri. In 1955, he relocated to New York City and started his own dance company, Bhaskar Dances of India. Aside from taking painting, Bhaskar also acted in stage plays, musicals and several motion pictures. Horror movie fans will remember him as the Charles Manson-inspired satanist hippie cult leader Horace Bones in the horror flick, I Drink Your Blood (1970). On 25 October 1977, he was crippled in a stage fall during rehearsal, and was confined to a wheelchair for the rest of his life. He has since then concentrated on becoming a painter, and became a successful artist. Bhaskar passed away on 4 August 2003 at The Jewish Home & Hospital, 120 West 106th Street, New York City. Shortly before his death, however, he contributed audio commentary for Grindhouse's limited edition I Drink Your Blood (1970) DVD, and was fortunately able to see a copy of the film.

I Drink Your Blood