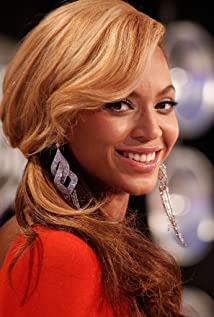 Beyoncé was born & raised in Houston, Texas. Her mom, Tina Knowles-Lawson designs their glittering costumes & her dad, Mathew Knowles manages Destiny's Child. Solange, her sister (they're 4 years apart) has released her debut album. She dances with her big sister during DC-3 concerts. Beyoncé's of Louisiana Creole & African descent.She and her group were discovered by Whitney Houston. One of her favorite songs is "Lovefool" by The Cardigans. Her favorite item of clothing is a pair of path work metallic boots. She writes & produces many of the group's songs, including smash hits "Jumpin Jumpin", "Bootylicious", "Nasty Girl", "Independent Women", "Happy Face" and "Apple Pie a la mode".

Homecoming: A Film by Beyoncé

Coldplay: A Head Full of Dreams