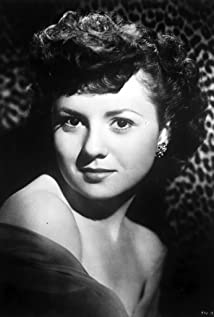 Missouri born-and-bred Betty Ann Lynn was born in Kansas City. Her name is as light, breezy and innocent as the characters she played on film and TV. She is pleasantly remembered for playing TV's sweet-as-apple-pie "Thelma Lou" who had the tough end of the bargain as the ever-patient girlfriend of Don Knotts' neurotic "Barney Fife" character on The Andy Griffith Show (1960). It took a second reunion decades later to finally get those two characters married. While Betty enjoyed other entertainment outlets such as film and the stage, her "Thelma Lou" character that remains indelibly etched in the minds of all her fans.Betty came from a musical background as the daughter of a singer and began her career as a young teen performing in both supper clubs and on Broadway in such musical productions as "Walk with Music" (1940) and "Oklahoma!", the latter as a dancing replacement. She even entertained the troops with her light soprano at USO tent shows towards the end of World War II. In the late 1940s, after being "discovered" in the short-lived Broadway production of "Park Avenue", the fresh-faced Betty was signed on as a starlet for Twentieth Century Fox and appeared in several of their popular movies, billed herself briefly as "Betty Ann Lynn" before abruptly dropping her middle name from the credits.Betty made her movie debut in a small, sprightly role in the classic Clifton Webb comedy Sitting Pretty (1948). After another minor part in Apartment for Peggy (1948), she earned a featured part playing kid sister to Barbara Bates in June Bride (1948) starring Bette Davis and Robert Montgomery. She continued the momentum, all in a same airy vein, as the bobbysoxer daughter of stars Loretta Young in Mother Is a Freshman (1949) and Fred MacMurray and Maureen O'Hara in Father Was a Fullback (1949). After appearing again in pictures starring Clifton Webb and Bette Davis (Cheaper by the Dozen (1950) and Payment on Demand (1951), respectively), her blossoming film career lost major ground. Betty instead focused on 50s TV and also returned to the stage with a production of "The Moon Is Blue" (1954). She still appeared occasionally on the larger screen but, for the most part, was either unbilled or the pictures themselves were obscure. While on hiatus from the Disney series, "Texas John Slaughter" (1959), Betty tested and won the recurring role of Deputy Barney Fife's steady girl on Andy Griffith's homespun series. She became part of the small-town ensemble for five seasons -- until Knotts officially left the series to try out, full-time, in motion pictures. The producers were thinking of keeping her on the show but Betty felt her role was incomplete, without her connection to Don Knotts, after Barney Fife left.TV work continued, never straying far from her wholesome image, with recurring roles on Family Affair (1966) and My Three Sons (1960) and guest parts on The Farmer's Daughter (1963), The Smith Family (1971) and Little House on the Prairie (1974). After a 1978 part on an episode of Barnaby Jones (1973), little was seen of her until she rejoined the Mayberry cast for a reunion in the TV movie Return to Mayberry (1986). In the same year, Andy Griffith hired her to play his secretary in a handful of episodes for his Matlock (1986) series. Betty's last acting role on TV occurred in 1990 and, save for a stage appearance in "Love Letters" in 2002 opposite another former Mayberry resident Howard Morris, she officially left acting.Residing in the same West Hollywood home since 1950, she moved out of state just a few years ago to Mount Airy, North Carolina - the primary real-life inspiration for the fictional Mayberry. The never-married former actress lives in a retirement community there.

Gun for a Coward

Meet Me in Las Vegas

Behind the High Wall

Many Rivers to Cross