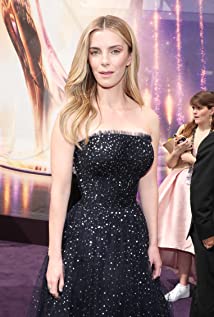 Elizabeth Folan Gilpin is an American actress. She is best known for portraying Debbie "Liberty Belle" Eagan in the Netflix comedy series GLOW (2017-2019), for which she was nominated for three Primetime Emmy Awards for Outstanding Supporting Actress in a Comedy Series. She also starred as Dr. Carrie Roman in the Showtime comedy-drama series Nurse Jackie (2013-2015). Gilpin has appeared in films such as the mystery thriller True Story (2015), the science fiction romantic comedy Future '38 (2017), the fantasy romantic comedy Isn't It Romantic (2019), the drama A Dog's Journey (2019), and the action comedy Stuber (2019). In 2020, Gilpin starred in the horror film The Grudge, the satirical action thriller The Hunt, and the action comedy Coffee & Kareem. For The Hunt, she won a Critics' Choice Super Award for Best Actress in an Action Movie.