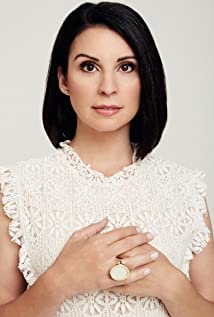 Beth Dover has quickly become known in the entertainment industry for the charismatic characters she has brought to life on screen. Whether it be her undeniable comedic timing or her ability to improv and play in any situation thrown her way, Dover is one to watch, this year. She can currently be seen co-starring on the Golden Globe, Emmy, and SAG Award-winning series "Orange is the New Black" for Netflix. Introduced during season three, Dover shines as Linda Ferguson, an administrative stickler for MCC, the private company that owns Litchfield prison. Linda also just happens to be Caputo's (Nick Sandow) girlfriend. "Orange is the New Black" premiered season five on June 9, 2017.In addition to "OITNB" Dover will be seen reprising her role as Shari in Netflix's "Wet Hot American Summer: Ten Years Later," a follow up to the eight-episode limited series "Wet Hot American Summer: First Day of Camp" starring Paul Rudd, Elizabeth Banks, Christopher Meloni, Janeane Garofalo, Bradley Cooper, Amy Poehler, Chris Pine, Jon Hamm and Kristen Wiig. The show was released on August 8, 2017. Lastly, Dover can be seen returning to season three of Comedy Central's historical satire series "Another Period" (release date TBA). The show follows the lives of the obscenely rich Bellacourt family and their many servants in turn-of-the-century Rhode Island in 1902. Dover plays Blanche, the long suffering housemaid who works for the family and is regularly in and out of mental hospitals. The show also stars Natasha Leggero, Riki Lindhome, Michael Ian Black, David Wain, Christina Hendricks, Jason Ritter, and Paget Brewster.Born in Chicago, Dover's family was in the military and she moved every two years until she was 13 years old, even living in South Korea for a time. From an early age she loved creating characters and storytelling, memorizing commercials as a kid and begging her mom to let her be in them. Dover attended high school in Florida and went on to be a theatre major in college, then moved to New York City where she studied Meisner. She went on to settle in Los Angeles, where she discovered improv comedy and fell even further in love with the craft.In 2010 Dover landed the role of Nurse Beth on the satirical comedy TV series "Childrens Hospital" for Adult Swim. The show, starring actor/comedian Rob Corddry, parodied the medical drama genre and went on for seven seasons with Dover appearing in 20 episodes. In 2012-13 Dover appeared as Lexie on 20 episodes of the E! series "Burning Love," a comedic sendup of dating shows like "The Bachelor" starring Ken Marino. Additional television credits include some of the biggest series in comedy: "Son of Zorn," "Bob's Burgers," "New Girl," "Truth Be Told," "Difficult People," "Big Time in Hollywood, FL," "Fresh Off the Boat," "Comedy Bang! Bang!," "Newsreaders," "Chasing Life," "Brooklyn Nine-Nine," "Dads," and "Whitney." On the film front, Dover appeared in "Life Partners" for Magnolia Pictures opposite Gillian Jacobs, Leighton Meester, Gabourey Sidibe, and Adam Brody.When she isn't on set Dover is a strong supporter of Planned Parenthood, the ACLU, and the HRC. For fun, she spends entirely too much time in private karaoke rooms with friends, singing her heart out to her favorite jams. Dover currently lives in the Los Angeles area with her husband, actor Joe Lo Truglio, and their son.