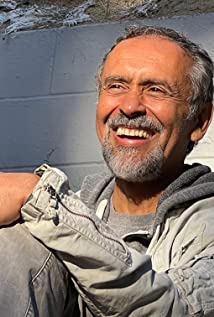 Actor Bernard White is recognizable from his work in over 30 feature films. White just wrapped a lead role in Quarantine (2008). Memorable roles include "Agha Babur" in American Dreamz (2006), and "Rama-Kandra" in The Matrix Reloaded (2003), and The Matrix Revolutions (2003). White also starred with Michelle Williams and John Diehl in Wim Wenders's Land of Plenty (2004).Onstage, he starred in "The Seven" at The La Jolla Playhouse in February and March of this year. Last summer, he starred in a main stage production of "Blithe Spirit" at The Williamstown Theatre Festival with Wendie Malick, Jessica Hecht and Adriane Lenox. Prior to that, White starred in Ola Mafalani's theatrical production of "Wings of Desire" at A.R.T,, and toured Europe with the original production. In winter of 2006, White co-starred in an off-Broadway production of "Landscape of The Body", along with Lili Taylor. He was seen the previous year at Williamstown in "Lucy And The Conquest".White garnered praise for his comedic skills in Garry Marshall Raising Helen (2004) and the independent film Dream (2005). Other film credits include The Scorpion King (2002), Pay It Forward (2000), City of Angels (1998), Strange Days (1995), and a host of independent films, including Killing Obsession (1994), Pain Within (2007), The World Unseen (2007), with Sheetal Sheth and Lisa Ray, and a multi award-winning short "American Made".A familiar face to TV viewers, White has recurred on some of television's hottest series: 24 (2001), The West Wing (1999), JAG (1995) and Alias (2001). Recent television guest-star roles include: Terminator: The Sarah Connor Chronicles (2008), CSI: Miami (2002), ER (1994), The Unit (2006), Heartland (2007), and E-Ring (2005).In fall of 2005, White played the title role in Sakharam Binder, for New York City's The Play Company. An acclaimed stage actor, White also played the title character in Joseph Papp's "The Death Of Garcia Lorca", at The Public. He has starred in "Dogeaters" at The La Jolla Playhouse, "A Perfect Ganesh" at The Odyssey, and "Queen of The Remote Control" at East West Players. Award-winning solo performances include "Where She Went, and as John In "The Hill Country".In 2001, White stepped behind the camera to direct his first film, The Want (2001), which he also wrote. In addition, White has penned several screenplays, and a multitude of stage plays, many of which were produced in Los Angeles. He also founded 'Plymouth', a flourishing experimental theatre company in Hollywood. He had a regular role in the syndicated series Dragnet (1989). He began his career on daytime television with contract roles on General Hospital (1963), Santa Barbara (1984) and Days of Our Lives (1965).White, an American citizen, was born in Sri Lanka, raised in Detroit, and graduated with a B.A. in Theatre from Michigan State. He divides his time between LA and New York City.