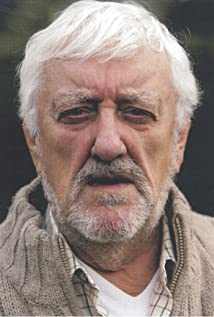 An actor since the age of 14, Bernard Cribbins had become a major star on the London stage by his mid-20s, but it was another ten years before he became a national star by his success in film comedies and with a string of hit records. He appeared in several of the "Carry On" series, and also achieved a great degree of success doing voiceovers for cartoons and TV commercials.