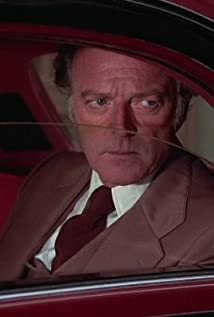 Character actor Bernard Behrens was born on September 28, 1926 in London, England. Behrens grew up in poverty in Depression-era London; he did his best to surmount the dire reality of his dismal situation by sneaking into movie theaters as a kid and aspired to become an actor since the age of seven. A child evacuee during World War II, Bernard was forced to live by his wits with a foster family. Behrens not only acted in stage productions for the Bristol Old Vic in the United Kingdom, but also for the Canadian Players, Halifax's Neptune Theatre (he starred in the Canadian premiere of "Mary, Mary" at this particular venue), and Toronto's Crest Theatre as well as the Shaw and Stratford Festivals in Canada. Outside of his stage work, Bernard also acted in a handful of films and made guest appearances on numerous television shows. His last acting role on stage was playing Young Farley in a Shaw Festival production of "Belle Moral." Diagnosed with dementia four years prior to his death, Behren's final years were spent in Niagara-on-the-Lake, Ontario, Canada and, during the last year of his life, in Perth, Ontario, Canada, where he was cared for in Lanark Lodge. Bernard died at age 85 on September 19, 2012 in Perth, Ontario, Canada. The husband of actress Deborah Cass, who along with Behrens was a founding member of Neptune Theatre under the director of Leon Major and died in 2004, Behrens was survived by his sons Mark, Adam, and Matthew and his grandchildren Kate, Spenser, and Taylor.

Living in Your Car

The Day Reagan Was Shot

Top of the Food Chain

The Life Before This