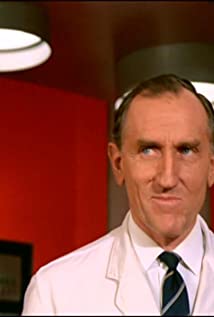 Tall, incisive, aquiline-featured British character actor. Born in Fulham, London, Archard won a scholarship to study at the Royal Academy of Dramatic Art in 1938. The following year, he made his stage debut opposite Jessica Tandy in Shakespeare's Twelfth Night, at the Regent's Park Theatre. A conscientious objector during the war, Archard made the rounds of repertory theatre for several years, with intermittent periods of unemployment. In 1959, he decided to emigrate to Canada for a fresh start. Having already booked his passage, he suddenly received several offers to appear in television dramas. The resulting body of work led to an audition with writer/producer Elwyn Jones for the central role in the projected BBC series Spy-Catcher (1959).For four seasons (24 episodes), Archard played the role of the real life Lt.Col. Oreste Pinto, who used psychology and guile to unmask foreign spies entering Britain during the Second World War. With the part came recognition and a steady stream of work. Ironically, given his pacifist disposition, Archard was frequently cast as military men or police officers. He performed these to perfection, with his trademark authoritative bearing and icy delivery. He was equally effective as a vicar in Village of the Damned (1960), and a Soviet intelligence operative in The Spy with a Cold Nose (1966). On television, he had a recurring role in Z Cars (1962) and played the ill-fated Egyptologist Marcus Scarman in Doctor Who (1963), 'The Pyramids of Mars'. A frequent face in horror movies, he essayed the vampire hunter Van Helsing in the 'Dracula' instalment of the anthology series Mystery and Imagination (1966). He was also somewhat memorable as Major General Fullard in the film version of Dad's Army (1971), in which he contemptuously referred to Captain Mainwaring as "a damn bank clerk".On stage he was seen in Terence Rattigan's 'Cause Celebre' at the West End (1977) and in Peter O'Tooles ill-received 'Macbeth' at the Old Vic in 1980. Bernard Archard retired to his home in Somerset after his character in Emmerdale Farm (1972) was killed off. He died in May 2008 at the ripe old age of 91.

Inside the Third Reich

The Day of the Jackal