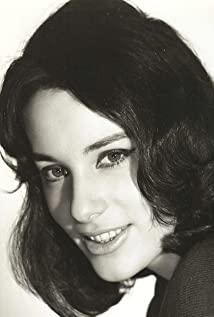 Bernadette Lafont was born at the Protestant Health Home of Nîmes in Gard, the only child of a pharmacist and a housewife from the Cévennes. Her mother always wanted a boy to name Bernard and, once she gave birth to a girl, she enjoyed to hold this against all the catholics she knew as the proof that their God either was blind or didn't exist. Often dressed as a boy and nicknamed Bernard, Bernadette nevertheless had a great relationship with her parents. Having spent part of her childhood in Saint-Geniès-de-Malgoirès, she returned to Nîmes where she took ballet lessons at the local Opera House. She proved to be a gifted student and she did three little tours and about twenty galas there. An extroverted girl with a fervent imagination, she used to spend her holidays at the Cévennes family mansion playing dress-up with her friend Annie, along whom she used to pretend to be an actress from an imaginary West End Club, working in Italian cinema: doing this started to win her a lot of male attention. She also began to develop a passion for film from an early age, adopting Brigitte Bardot and Marina Vlady as role models.On the summer of 1955, the "Arènes" of Nîmes hosted a Festival of Dramatic Arts for the second time: 40 actors came from Paris while 50 regional aspiring thespians and 30 dancing students were recruited on the place. The main attraction was a production of "La Tragédie des Albigeois", a new play which featured music by Georges Delerue and starred, in the leading roles, the acclaimed stage veteran Jean Deschamps and a talented young actor called Jean-Louis Trintignant, who would go a long way from there. The play also offered bit parts to future directing genius Maurice Pialat, Trintignant's then wife Colette Dacheville (the future Stéphane Audran), and the skilled Gérard Blain, who, by then, had already appeared in a handful of movies, although usually in uncredited roles. Having seen Gérard on his way to a rehearsal at the "Arènes", Bernadette was immediately won over by his "bad boy" charm and decided to walk around the place (which had ironically been the spot of her parents' first encounter) to catch his attention: she did. Already separated from wife Estelle Blain, Gérard immediately developed a great interest in Bernadette, stating that he was willing to bring her to Paris to introduce her to certain people at the Opera House and stating how glad he was that she didn't have any interest in pursuing an acting career, something he regarded, in a woman's case, as a road to perdition. After she finished her studies, Bernadette's parents gave her permission to marry Gérard and she did so in 1957.Blain found his first relevant film role in Julien Duvivier's brilliant thriller Deadlier Than the Male (1956) and Bernadette spent a lot of time with him on the movie's set, something that made her fascination with cinema grow even bigger. The film opened to positive reviews and was also lauded (quite an oddity for a Duvivier feature) by the ruthless "Cahiers du Cinéma" critics, including the young François Truffaut, who called Blain "the French James Dean". Gérard decided to give the critic a phone call to thank him for the kind words and, after the two had a couple lunches together, Truffaut ended up making him a work offer. It's always been very hard for film critics to point at a specific work as the undisputed start of the French New Wave: for many people it's Agnès Varda's La Pointe Courte (1955) , but the director herself never wanted to be bestowed this honor and prefers to be considered a godmother to the movement. Others think that the roots of this new school of cinema can be found in the early shorts of Jacques Rivette, Jean-Luc Godard and Truffaut. The latter's Les Mistons (1957) is certainly one of the most significant of these ground-breaking works and happens to be the project for which Blain was recruited. Truffaut wanted to shoot the short in Nîmes and, with the exception of Gérard, he hired only non-professional actors: this included several local children and, of course, Bernadette. The mini-feature is centered around two lovers, Gérard (Blain) and Bernadette Jouve (Lafont), who are spied on by a group of children and are separated forever once he leaves for a mountain excursion from which he will never return. The character of Bernadette, a head-turner who becomes a great object of attention wherever she goes, was very much based on the real-life Lafont, just like her relationship with her beau Gérard (who has to leave Nîmes for three months, promising to marry her at his return) was very much reminiscent of her engagement to Blain. The two actors stayed at the house of Bernadette's parents for the entire shooting of the short. She chose to act in bare feet the whole time to make a homage to Ava Gardner in The Barefoot Contessa (1954) and, at the same time, a favour to Blain, not exactly a man of exceptional height. When he had married Bernadette, Gérard had sworn to himself that his

A Cat in Paris