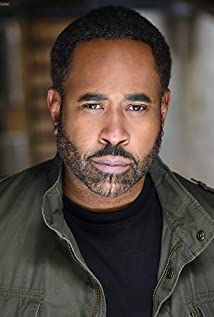 Benz Antoine is a Haitian-Hollywood Actor who has made over 100 Film & Television appearances spanning 25 years and in 3 Languages; including the voice of 'Baptiste' in Overwatch!Born as "Rubens Antoine" in Montreal, Canada on June 22nd; he is the oldest of the 3 children raised by his Haitian mother, Rose-Marie.After graduating from High School he attended Concordia University intent on a career in Economics. After his 'Freshman' year he transferred to Philosophy; where he came up with the idea to form a rap group called 'Da Freshmen'.Although their once promising deal with Universal never panned out, the blueprint for success had been planted.With the taste of fame still in his mouth; this gifted rapper, often mistaken for LL, was unwittingly taken down the path that would ultimately become his.In 1993, while reluctantly accompanying his actress girlfriend to an audition; he was coaxed into reading for a role as a businessman in a corporate video.The Rapper quickly turned Actor and he hasn't looked back since!He made his big screen debut in Romeo Must Die as the "Crabman". Since then he has appeared in the blockbuster hits Get Rich Or Die Tryin', Four Brothers, the critically acclaimed I'm Not There, and as Tyrese Gibson's confrontational co-pilot in Death Race!On the small screen he is famed for his gut wrenching portrayal of 'Tyler Joseph'; a troubled alcoholic beat cop in the acclaimed french language cop show 19-2. A role that he effortlessly revolutionized in the English adaptation for the Bravo network; both earning him nominations for Best Supporting Actor!He splits time between New York and Los Angeles.