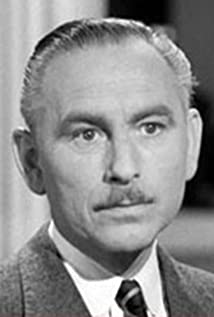 Ben Wright was born May 5, 1915, to an English mother and an American father in London, England, UK. At 16, he entered the Royal Academy of Dramatic Arts where classmates included such future stars as Ida Lupino. Upon graduating, he acted in several West End stage productions. When WWII broke out, he enlisted and served in the Kings Royal Rifle Corps. He came to America in 1946 to attend a cousin's wedding and settled in Hollywood. He began his American acting career in radio, establishing himself as a master of dialects with such roles as Hey Boy, the Chinese servant, on "Have Gun, Will Travel" with John Dehner. His talent for dialects also kept him busy in the many WWII-related films and TV shows of the 1950s and '60s wherein he played countless Germans and Frenchmen as well as a variety of Englishmen for which he ensured the dialects were accurate depending on which part of England they were from. After years of radio, TV, stage and film work, he entered semi-retirement in the late 1970s, accepting occasional voice work and small guest appearances on TV. On June 16, 1989, after completing his last role, providing the voice of Grimsby in Disney's The Little Mermaid (1989), he entered St. Joseph's Hospital in Burbank for quadruple bypass surgery from which he never recovered. He died of heart failure July 2, 1989.

Captains and the Kings

Terror in the Wax Museum