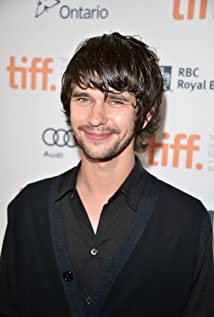 Proclaimed by many critics as one of the best young actors of his generation, Benjamin John Whishaw was born in Clifton, Bedfordshire, to Linda (Hope), who works in cosmetics, and Jose Whishaw, who works in information technology. He has a twin brother, James. He is of French, German, Russian (father) and English (mother) descent.Ben attended Samuel Whitbread Community College where his interest in theatre grew and he became a member of the Bancroft Players Youth Theatre at Hitchin's Queen Mother Theatre. During his time there he rose to prominence in many productions, most notably If This Is a Man, based on the book of the same name by Primo Levi, a survivor of Nazi World War II prisoner of war camp. The play was taken to the Edinburgh Festival in 1995 where it garnered five-star reviews and great critical acclaim with Ben Whishaw getting rave reviews for his portrayal of Levi.Ben then enrolled in, RADA from where he graduated in 2004 and soon landed the role of Hamlet in Trevor Nunn's 2004 production making him one of the youngest actors to portray Hamlet on-stage. Hamlet opened to rave reviews with many critics hailing Ben as the next Laurence Olivier and applauding his portrayal of Hamlet with leading critics haling the birth of a star. Whishaw's film and TV credits include Layer Cake (2004) and Christopher Morris 2005 sitcom Nathan Barley (2005), in which he played a character called Pingu. He was named "Most Promising Newcomer" at the 2001 British Independent Film Awards (for My Brother Tom (2001)) and, in 2005, nominated as best actor in four award ceremonies for his Hamlet. He also played Keith Richards in the Stephen Woolley biopic Stoned (2005). Whishaw played in Perfume: The Story of a Murderer (2006) as Jean-Baptiste Grenouille, a perfume maker whose craft turns deadly getting raves once again for his stunning portrayal. Whishaw appeared in 2007's I'm Not There (2007) as one of the Bob Dylan reincarnations and in 2008 in Criminal Justice (2008) a TV series. He appears in the forthcoming films The Tempest (2010) and Bright Star (2009).

This Is Going to Hurt

The Adventures of Paddington

The Making of the Danish Girl