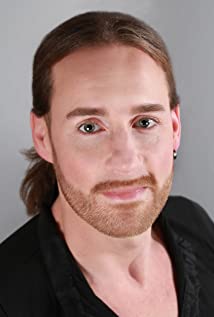 Born at Heatherwood Hospital in Ascot, Berkshire; Ben grew up with his two brothers and younger sister. He attended Charters School in Sunningdale from 1999-2004 where he studied Drama and Art as his main subjects. After leaving school he worked in catering at St. Mary's School, Ascot for three years waiting to be accepted into a college apprenticeship to become an electrician. He then went on and qualified as an electrician and got his degree in Electrotechnical Technology after three years of hard work.Throughout this time he also attended Acting workshops and started up his own production company "Full House Productions" alongside his brother Josh Probert and good friend Josh Reeve, together they wrote and produced two short films, many sketches and an Internet series which became very popular. This led to an article on the front page of the Bracknell newspaper stating a jump to fame.In 2011 he was introduced to Luke Tedder, a local filmmaker who was in the process of casting for his second Feature Film "For My Brother" and was offered the role of Jason. This sparked a great friendship and he went on to secure the lead in "Faux Pas" later that year.In 2012 he produced and starred alongside Josh Reeve in Post Apocalyptic Drama "Toxicity" which was later accepted into Cannes Short Corner, he then joined L&A Pictures in a Production capacity.By 2015 he had built a diverse portfolio of work and secured many roles in Feature films such as The Monuments Men, Powder Room and A Royal Night Out. During this time he continued to work with friend and colleague Luke Tedder at L&A Pictures, now re-branded Landa Pictures. Together they have Produced 11 short films and 2 web shows.Ben and Luke are currently producing Landa Pictures first Feature Film "App for Life" which is due for release at the end of the year; he has secured the role of Henry in the film.

Green Street 3: Never Back Down

How to Stop Being a Loser