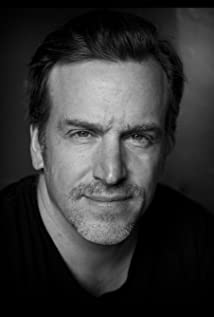 Odell is partner of 3pas Studios with Mexican comedian and director Eugenio Derbez. Derbez is Mexico's most beloved comic star and his previous movie, Instructions Not Included, made over a 100 million dollars worldwide becoming the highest grossing Spanish language film of all time in the US, and the second highest grossing film in any language in Mexico. 3pas has a first look deal with Pantelion Films, the joint venture between US entertainment studio Lionsgate and Mexican media conglomerate, Estudios Televisa. They are in development on many feature films including a remake of the French comedy, The Valet. Odell was previously Head of Production for Pantelion Films. In his role at Pantelion, Odell developed and produced films aimed at the Hispanic market in the US as well as for Mexico and Latin America. Amongst others, he produced inspirational true story, Spare Parts, starring George Lopez, Jamie Lee Curtis and Marisa Tomei and the coming of age comedy, Girl in Progress, starting Eva Mendes, Mathew Modine and Patricia Arquette. Odell also produced Un Cuento Chino (a Spanish/Argentinean co-production), starring Ricardo Darin (El Secreto de los Ojos) and written and directed by Sebastian Borensztein. Chino was the top grossing Argentinean film of 2011 and one of the highest grossing Argentinean films of all times. In its international release it has broken box office records for Latin American films in both Latin America and Europe. It won the Argentinean Academy Award for best feature and the Goya, the Spanish Academy Award, for Best Latin American Film. It has won numerous festivals including the grand jury prize and audience award at the Rome Film Festival. Odell was also an executive producer on the English language 3D family thriller, The Games Maker, starring Joseph Fiennes and Ed Asner. Made in co-production with Disney Latin America, the movie was produced in Argentina by Pampa Films and directed by Juan Pablo Buscarini. It was released widely across Latin America in the summer of 2014 and continues its theatrical release around the world. Prior to Pantelion Odell was President of Production at Panamax Films where he produced feature films and TV movies for the Hispanic market under a deal with Lionsgate. They produced and executive produced many films in both Spanish and English. Odell also produced the art house Spanish language thriller, Sangre de Mi Sangre. Sangre (under its then title, Padre Nuestro) won the grand jury prize at the Sundance Film Festival (2007) and played at New Directors/New Films at Museum of Modern Art in New York in the Spring of 2007. It was released by IFC. Sangre received two Independent Spirit Awards nominations, for Best First Feature (for which Odell was nominated) and Best Screenplay. Odell lived in Colombia, South America from 1992 to 2000. He first worked as a freelance journalist before becoming a Spanish language television writer and screenwriter there. As a television writer, he created and wrote over 300 hours of Spanish-language narrative television including the first ever action series, Fuego Verde, which was one of the highest rated series on Colombian television. He also co-wrote the Colombian political satire feature film, Golpe de Estadio, which was nominated for Spain's Academy Award, the Goya, in 1999, and was Colombia's nomination to the Oscar in 2000. It is still one of the highest grossing Colombian films of all time. Odell is also an educator. He has taught screenwriting and production at Columbia University and The New School in New York City and has given lectures in filmmaking all over Latin America and Europe. He was a contributing writer to the film anthology, "Swimming Upstream, A Lifesaving Guide to Short Film Distribution," published by Focal Press and for the professional textbook "Producer to Producer" produced by Michael Wiese Productions, about the art of low budget filmmaking. Odell holds an MFA in film from Columbia University where he graduated with honors. He is a member of the Producer's Guild of America.

From Prada to Nada