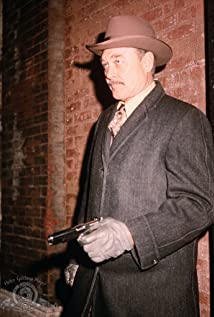 Born in Oklahoma, Ben Johnson was a ranch hand and rodeo performer when, in 1940, Howard Hughes hired him to take a load of horses to California. He decided to stick around (the pay was good), and for some years was a stunt man, horse wrangler, and double for such stars as John Wayne, Gary Cooper and James Stewart. His break came when John Ford noticed him and gave him a part in an upcoming film, and eventually a star part in Wagon Master (1950). He left Hollywood in 1953 to return to rodeo, where he won a world roping championship, but at the end of the year he had barely cleared expenses. The movies paid better, and were less risky, so he returned to the west coast and a career that saw him in over 300 movies.

Angels in the Outfield

Warren Oates: Across the Border

My Heroes Have Always Been Cowboys