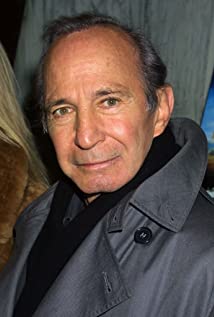 Ben Gazzara's screen career began with two critically acclaimed roles as heavies in the late 1950s. He turned to television in the 1960s but made a big screen comeback with roles in three John Cassavetes films in the 1970s. The 1980s and 1990s saw Gazzara work more frequently than ever before in character parts. If he never became the leading man his early films and stage work promised, he had a career notable for its longevity. He was born Biagio Anthony Gazzara on August 28, 1930, in New York City. The son of a Sicilian immigrant laborer, he grew up on New York's tough Lower East Side. After seeing Laurette Taylor in "The Glass Menagerie," Gazzara decided he wanted to become an actor. He studied engineering (unhappily) but quit after receiving an acting scholarship (he worked under well-known coach Erwin Piscator).Gazzara then joined the Actors Studio, where a group of students improvised a play from Calder Willingham's novel End as a Man. The tale of a brutal southern military academy reached Broadway slightly changed in 1953 but with Gazzara still in the principal role. It was a star making part (he won a Theatre World award) and he then played leads in the original productions of "Cat on a Hot Tin Roof" (1955) and "A Hatful of Rain" (1955) (he was nominated for a Tony). Bigger names Paul Newman and Don Murray played those last two roles on the big screen but Gazzara made his movie debut in The Strange One (1957) the film version of "End as a Man." The film was a critical but not commercial success. His next role was as the defendant in Anatomy of a Murder (1959) which was a big hit.Gazzara followed this with an Italian venture co-starring Anna Magnani, The Passionate Thief (1960), two Hollywood films The Young Doctors (1961) and Convicts 4 (1962) and then another Italian film Conquered City (1962). None of these did much for his career, and he turned to television. He appeared in the successful series Arrest and Trial (1963) and Run for Your Life (1965). In between, he made A Rage to Live (1965), a film version of John O'Hara's novel. He returned to films in The Bridge at Remagen (1969) and with a cameo appearance in If It's Tuesday, This Must Be Belgium (1969). His buddy in the cameo was John Cassavetes, who directed and co-starred with him in Husbands (1970), a critical success. Gazzara made two more well-received films with his good friend Cassavetes: The Killing of a Chinese Bookie (1976) and Opening Night (1977).Gazzara's other films in the 1970s were undistinguished apart from the sprawling Voyage of the Damned (1976) and a rare leading role in director Peter Bogdanovich's Saint Jack (1979). Bloodline (1979) and They All Laughed (1981) (also directed by Bogdanovich) were only notable because of Gazzara's off-screen relationship with co-star Audrey Hepburn (ironically, Gazzara had declined to make his screen debut in War and Peace (1956) starring Hepburn). Tales of Ordinary Madness (1981) was another lead for Gazzara, but it received a mixed critical reception. Other big-screen roles in the 1980s were scarce apart from Road House (1989), a Patrick Swayze vehicle that Gazzara believed out of all his films had been the most repeated on television. He worked much on the small screen, including the groundbreaking television movie An Early Frost (1985), playing the father of an AIDS victim.The 1990s saw Gazzara working like never before, appearing in 38 films. Most were for free-to-air television or cable but he also worked on the big screen in The Spanish Prisoner (1997), The Big Lebowski (1998), Happiness (1998) and Summer of Sam (1999). His television work included a guest appearance as an executive assistant attorney in a 2001 episode of Law & Order: Special Victims Unit (1999) a nice touch sinceArrest and Trial (1963) was the predecessor of Law & Order (1990) and its spin-off series.Gazzara has often returned to the stage throughout his career-in "The Night Circus" (1958) (where he met second wife Janice Rule), "Strange Interlude" (1963), "Traveller Without Luggage" (1964), Hughie/Duet (1975) (nominated for a Tony), "Who's Afraid of Virginia Woolf?" (1976) (again Tony nominated), and "Shimada" (1992). He has also worked as a director on episodes his series Run for Your Life (1965) and The Name of the Game (1968) and the television movies Columbo: A Friend in Deed (1974) and Columbo: Troubled Waters (1975) featuring his friend Peter Falk. The unreleased Beyond the Ocean (1990) (which he also wrote) was his final film as a director.In 2003 Gazzara appeared in the independent Dogville (2003) adding Lars von Trier to the list of interesting and acclaimed directors with whom he has worked. There can't be many actors who can boast that they have acted in films by Otto Preminger (Anatomy of a Murder (1959)), John Cassavetes, Joel Coen (The Big Lebowski (1998)), Spike Lee (Summer of Sam (1999)), and Lars von Trier, among others. Ben Gazzara died at age 81 of pancreatic cancer on February 3, 2012.

One Day Since Yesterday: Peter Bogdanovich & the Lost American Film

They All Laughed 25 Years Later: Director to Director - A Conversation with Peter Bogdanovich and Wes Anderson

And Quiet Flows the Don