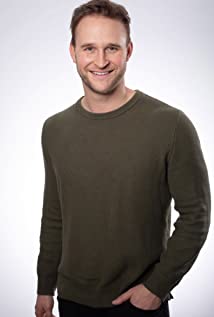 Ben Davies has been acting since before he could walk. In fact, he was still in diapers when he appeared in his first national TV and print ad campaign. The scion of a successful model of Irish decent and an All American athlete of Wales and Wessex descent, Ben was blessed with both striking physical features and a strong physical body. He was ranked the No. 1 high school decathlete in the nation by Track & Field News and went on to join the University of Florida Collegiate Track and Field team in his quest for Olympic gold.Multiple injuries, and a complex and risky surgery to repair a torn labrum in his shoulder, left Ben frustrated on the sidelines, wondering whether he would ever compete again; wondering if his athletic scholarship would even be renewed. It was at that low point that Ben got the call to audition for Sherwood Pictures' highly anticipated new film, Courageous. Ben booked the co-starring role of David Thomson and won the "Light In Hollywood Award" for that performance.Transitioning from athletics to full time acting, Ben has landed the lead role in twenty feature films earning awards and nominations for 'Best Male Actor" in five film festivals including. Action roles requiring great athletic ability are Ben's favorite but he also enjoys playing a real life character like his co-starring role as Nathan Ballard in I'm Not Ashamed, the true story of Rachel Scott at Columbine High School.In addition to acting and athletics, Ben is also an award winning writer -winning inspirational screen play in the Nashville Film Festival 2014, Kairos -Best Screen Play 2nd Runner-up, ICFF - Best Screen Play Nominee, plus is a popular public speaker, TV host, and media contributor with over 2.5 million views of his reports.