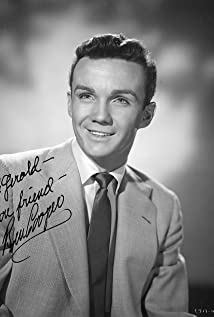 Handsome, boyish-looking Ben Cooper graduated from child roles to playing juvenile leads in second features, often for Poverty Row studio Republic. As a nine year old, he made his stage debut in Bretaigne Windust's Broadway production of Life With Father, remaining in the cast for the entire run of the play. Between 1946 and 1952, Ben enjoyed a lengthy spell on the airwaves, lending his voice to many a famous radio soap of the day. A graduate of New York's Columbia University, he was featured on screen for the first time in a bit part in 1950. Three years later, he played Jesse James in a cameo in Woman They Almost Lynched (1953). His career made little headway until he was cast as brash would-be gunslinger Turkey Ralston in the noirish cult western Johnny Guitar (1954).Ben's forte was the western. He had his own horse by the age of twelve, became an adept rider and diligently rehearsed the stunts he saw on the screen. He also perfected the fast draw, practising "for 90 minutes each day over four years". During most of the early 50s, he went about playing assorted hombres on both sides of the law in B-westerns. He never quite managed to set the prairie on fire. A mere handful of starring turns confined him to staid leading men in run-of-the-mill oaters (Duel at Apache Wells (1957)) or routine melodramas (A Strange Adventure (1956)). Arguably, his most effective performance in a motion picture was in The Rose Tattoo (1955) (as the good-natured sailor in love with Marisa Pavan). Unable to find the one role which would have made him a household name, Ben eventually pursued a solid, if unremarkable, career as a television guest star with a predilection for westerns (Laramie (1959), Bonanza (1959), Gunsmoke (1955) ) and crime dramas (Perry Mason (1957), Mannix (1967)). His work in the former earned him a Golden Boot Award in 2005.

One More Train to Rob