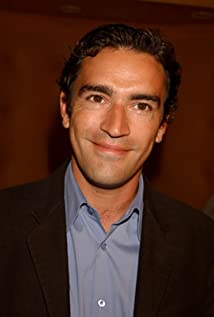 With charm to spare and dark, unassumingly handsome looks, British actor Ben Chaplin arrived on the Hollywood scene in smart and sexy fashion with the comedy The Truth About Cats & Dogs (1996). While his habit for avoiding mainstream artificiality in favor of small, intense, independent vehicles is quite intact, in retrospect it looks as if he has purposely avoided glossy Hollywood stardom in search of quality work.Chaplin was born Benedict John Greenwood in Windsor, England, where he was raised, the youngest of four children of Cynthia (Chaplin), a drama teacher, and Peter Greenwood, a civil engineer. He first developed an interest in acting while appearing in a school play. He attended London's Guildhall School of Music and Drama, but did not conform well to the school's program layout and left after his first year to scout out the local theatre scene. A one-time statistician for the London Transport Authority during his fledgling years as a young actor, he made his TV debut in 1990. His first role of note occurred with a co-starring role in the TV-movie Bye Bye Baby (2001). This led to an introduction to film-making with a small part as a footman in the Merchant Ivory period drama The Remains of the Day (1993) starring Anthony Hopkins and Emma Thompson. After a breakthrough playing a social misfit in the film Feast of July (1995) and a show-stopping, offbeat role in the BBC TV series Game On (1995), Hollywood quickly took notice and he was offered the role of the photographer who gets caught between two women in The Truth About Cats & Dogs (1996) co-starring Uma Thurman and Janeane Garofalo.Just as in acting school, he was unwilling to conform to the Hollywood system and immediately sought out work on the London stage. Following theatre roles in "The Neighbour" (1993) and "Peaches" (1994), he earned winning reviews and an Olivier Award nomination for his compelling portrayal of Tom Wingfield opposite theatre legend Zoë Wanamaker in "The Glass Menagerie" on the London stage.Quite in demand by this time for films he appeared alongside Jennifer Jason Leigh and Albert Finney in Washington Square (1997), Agnieszka Holland version of the Henry James novel that had previously appeared on screen as The Heiress (1949) starring Montgomery Clift and winning Olivia de Havilland the Academy Award for Best Actress of 1949. This period piece failed to achieve its predecessor's financial success or critical praise, but Ben did receive kudos for his touching performance in the role of Private Bell in Terrence Malick much-admired remake of The Thin Red Line (1998).Since then Ben has concentrated on risk-taking and quality rather than on mainstream filming. In the exorcist-themed Lost Souls (2000) he played an atheistic crime writer deemed to become Satan himself; played a modest bank clerk who tangles with a Russian mail-order bride (Nicole Kidman) in Birthday Girl (2001); portrayed Sandra Bullock's rookie partner in the crimer Murder by Numbers (2002); and melded beautifully into a number of period pieces such as The Touch (2002), Stage Beauty (2004), The New World (2005) and Me and Orson Welles (2008).The dark-eyed, thick-browed, soulful-eyed actor also showed off his transatlantic appeal on stage after making his 2003 Broadway debut in "The Retreat from Moscow" and earning a Tony nomination in the process. Recent filming has included a prime role in yet another portrait of Dorian Gray (2009).

The Legend of Tarzan