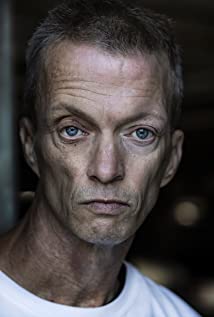 Ben Bladon, born in Florence SC in 1972 and moved to Atlanta, Ga in 1994, inadvertently started his career in Character acting in 2012 when he joined the Atlanta Zombie Apocalypse (Formerly Atlanta's largest haunted attraction), where he played a post apocalyptic junkie, a cult leader (both speaking roles) and, of course, a zombie When the founders of the AZA decided to make a independent short film based on the haunted attraction, he was asked to play "Patient Zero Zombie", the first featured zombie in the film. In their final year, he became "The Face" of the Atlanta Zombie Apocalypse, being the only zombie to appear on posters, handbills, the side of Marta buses, and a billboard on I-75From there, he went on to appear as several featured zombies on The Walking Dead is seasons 5 and 6. He has since had featured spots on NBC's Constantine, Fox's Sleepy Hollow, The CW's Containment, Adult Swims Your Pretty Face Is Going To Hell, and the Indie Horror film Frankenstein Created Bikers