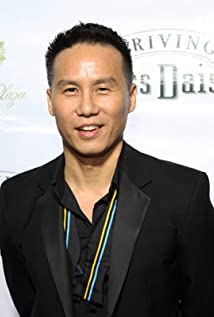 BD Wong was born and raised in San Francisco, California. He made his Broadway debut in "M. Butterfly." He is the only actor to be honored with the Tony Award, Drama Desk Award, Outer Critics Circle Award, Clarence Derwent Award, and Theater World Award for the same performance. He starred in the television series All-American Girl (1994), and has made guest appearances on Sesame Street (1969) and The X-Files (1993). He was in the off-Broadway musical revival of "As Thousands Cheer" and followed with a critically acclaimed performance as "Linus" in the revival of "You're a Good Man, Charlie Brown," returned to SVU, and is now starring in the revival of Stephen Sondheim's "Pacific Overtures."

Awkwafina Is Nora from Queens