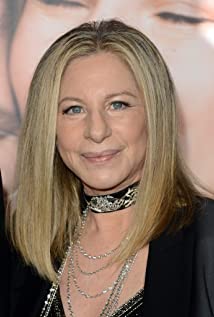 Barbra Streisand is an American singer, actress, director and producer and one of the most successful personalities in show business. She is the only person ever to receive all of the following: Oscar, Tony, Emmy, Grammy, Golden Globe, Cable Ace, National Endowment for the Arts, and Peabody awards, as well as the Kennedy Center Honor, American Film Institute's Lifetime Achievement honor and the Film Society of Lincoln Center Chaplin Award.She was born in Brooklyn, New York, in 1942 to Diana Kind (née Ida Rosen), a singer turned school secretary, and Emanuel Streisand, a high school teacher. Her father died when she was 15 months old. She has a brother, Sheldon, and a half-sister, Roslyn Kind, from their mother's remarriage. As a child she attended the Beis Yakov Jewish School in Brooklyn. She was raised in a middle-class family and grew up dreaming of becoming an actress (or even an actress / conductor, as she happily described her teenage years at one of her concerts).After a period as a nightclub singer and off-Broadway performer in New York City she began to attract interest and a fan base, thanks to her original and powerful vocal talent. She debuted on Broadway in the 1962 musical comedy "I Can Get It For You Wholesale" by Harold Rome, receiving a Tony Award nomination for Best Supporting Actress and a New York Drama Critics Poll award. The following year she reached great commercial success with her first Columbia Records solo releases, "The Barbra Streisand Album" (multiple Grammy winner, including "Best Album of the Year") and "The Second Barbra Streisand Album" (her first RIAA Gold Album); these albums, mostly devoted to composer Harold Arlen, brought her critical praise and, most of all, public acclaim all over the US. In 1964 she had another smash Broadway hit when she portrayed legendary Broadway star Fanny Brice in "Funny Girl" by Jule Styne and Bob Merrill; the show's main song, "People", became her first hit single and she appeared on the cover of Time magazine. After many TV appearances as a guest on various music and variety shows (such as an episode of The Judy Garland Show (1963), for which she was nominated for an Emmy), she signed an exclusive contract with CBS for a series of annual TV specials. My Name Is Barbra (1965) (which won an Emmy) and Color Me Barbra (1966) were extremely successful.After a brief London stage period and the birth of her son Jason Gould (with then-husband Elliott Gould), in summer 1967 she gave a memorable free concert in New York City, "A Happening in Central Park", that was filmed and later broadcast (in an edited version) as a TV special; then she flew to Hollywood for her first movie, Funny Girl (1968), a filming of her stage success. The picture, directed by William Wyler, opened in 1968 and became a hit in the US and abroad, making her an international "superstar" and multiple award winner, including the Best Actress Oscar. After a series of screen musicals, such as Gene Kelly's Hello, Dolly! (1969) and Vincente Minnelli's On a Clear Day You Can See Forever (1970), she wanted to try comedies, resulting in such films as The Owl and the Pussycat (1970) and What's Up, Doc? (1972). She turned to dramas and turned out Up the Sandbox (1972) and the classic The Way We Were (1973), directed by Sydney Pollack and co-starring Robert Redford. The song "The Way We Were" (written by Marvin Hamlisch and Alan Bergman and Marilyn Bergman) became one of her biggest hits and most memorable and famous songs.She returned to TV for a new special conceived as a musical journey covering many world musical styles, Barbra Streisand and Other Musical Instruments (1973), then returned (for contractual reasons) to her Fanny Brice role in a sequel to her hit "Funny Girl" film, Funny Lady (1975), and the next year turned out one of her most personal film projects, A Star Is Born (1976), one of the biggest hits of the year for which she won a Golden Globe for Best Actress and her second Oscar, for the song "Evergreen". Always extremely busy on the discography side, averaging one album a year throughout the '70s and '80s, she had a string of successful singles and albums, such as "You Don't Bring Me Flowers" (duet with Neil Diamond), "Enough is Enough" (with Donna Summer), "The Main Event" (from her film The Main Event (1979) with her friend Ryan O'Neal) and the album "Guilty", written for her by The Bee Gees' Barry Gibb, which sold more than 10 million copies worldwide.She debuted as a director with the musical drama Yentl (1983), in which she also portrayed a Jewish girl who is forced to pass herself off as a man to pursue her dreams. The movie received generally positive reviews and the beautiful score by Michel Legrand and lyricists Marilyn Bergman and Alan Bergman stands up as one of Streisand's finest musical works. The film received several Oscar nominations, winning in two categories, but she was not nominated as Best Director, which disappointed both her and her fans, many of w