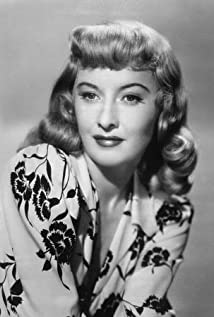 Today Barbara Stanwyck is remembered primarily as the matriarch of the family known as the Barkleys on the TV western The Big Valley (1965), wherein she played Victoria, and from the hit drama The Colbys (1985). But she was known to millions of other fans for her movie career, which spanned the period from 1927 until 1964, after which she appeared on television until 1986. It was a career that lasted for 59 years.Barbara Stanwyck was born Ruby Catherine Stevens on July 16, 1907, in Brooklyn, New York, to working class parents Catherine Ann (McPhee) and Byron E. Stevens. Her father, from Massachusetts, had English ancestry, and her Canadian mother, from Nova Scotia, was of Scottish and Irish descent. Stanwyck went to work at the local telephone company for fourteen dollars a week, but she had the urge (a dream--that was all it was) somehow to enter show business. When not working, she pounded the pavement in search of dancing jobs. The persistence paid off. Barbara was hired as a chorus girl for the princely sum of $40 a week, much better than the wages she was getting from the phone company. She was seventeen, and was going to make the most of the opportunity that had been given her.In 1928 Barbara moved to Hollywood, where she was to start one of the most lucrative careers filmdom had ever seen. She was an extremely versatile actress who could adapt to any role. Barbara was equally at home in all genres, from melodramas, such as Forbidden (1932) and Stella Dallas (1937), to thrillers, such as Double Indemnity (1944), one of her best films, also starring Fred MacMurray (as you have never seen him before). She also excelled in comedies such as Remember the Night (1940) and The Lady Eve (1941). Another genre she excelled in was westerns, Union Pacific (1939) being one of her first and TV's The Big Valley (1965) (her most memorable role) being her last. In 1983, she played in the ABC hit mini-series The Thorn Birds (1983), which did much to keep her in the eye of the public. She turned in an outstanding performance as Mary Carson.Barbara was considered a gem to work with for her serious but easygoing attitude on the set. She worked hard at being an actress, and she never allowed her star quality to go to her head. She was nominated for four Academy Awards, though she never won. She turned in magnificent performances for all the roles she was nominated for, but the "powers that be" always awarded the Oscar to someone else. However, in 1982 she was awarded an honorary Academy Award for "superlative creativity and unique contribution to the art of screen acting." Sadly, Barbara died on January 20, 1990, leaving 93 movies and a host of TV appearances as her legacy to us.