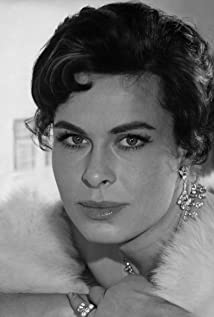 Barbara Rütting was born Waltraut Irmgard Goltz in Wietstock (Brandenburg), the daughter of teachers. She grew up and went to school in Berlin and Luckenwalde in Brandenburg. After matriculating, she moved to Denmark where she sought employment and worked variously as a maid, as a librarian and as a translator. Following the end of World War II, Barbara returned to Berlin to study drama (abandoning her dream of becoming a medical doctor). In 1952, she made her screen debut in Postlagernd Turteltaube (1952) (promoted at the time as 'a comedy against fear') followed four years later by appearances on the German and Austrian stage. During this phase of her career, she came to specialise in women wrestling with difficult sociopolitical situations or affairs of the heart. Her roles ranged from naive heroines in Heimat films to self-assured ladies in more demanding fare. The latter included Helmut Käutner's The Last Bridge (1954). Her role as a Serbian student and member of a group of wartime partisans won her critical plaudits and the film itself was described as 'international masterclass' by a reviewer of the Welt publication.Barbara subsequently starred as the eponymous heroine in the second remake of the perennial Heimat-film classic Die Geierwally (1956) (though not surpassing the definitive 1940 performance by Heidemarie Hatheyer). She co-starred as an aggressive reporter investigating a case of gang rape by a quartet of G.I.'s in Town Without Pity (1961), an American, Swiss, and West German international co-production, headlining Kirk Douglas and E.G. Marshall as opposing councils. Her later filmography encompassed diverse characters in films of widely varying genres and quality: Deadly Decision (1954) (as double agent Irene von Harbeck), Operation Crossbow (1965) (a supporting role, as German aviatrix Hanna Reitsch), River of Evil (1963) (a leading role, as a girl trying to solve the mystery of her father's death in the Amazon jungle), The Squeaker (1963), The Phantom of Soho (1964) and Again the Ringer (1965) (a trio of Edgar Wallace-based crime thrillers with Rütting as the nominal female lead), plus heroines from the classics and historical figures including Lysistrata, Turandot and Madame Caillaux. On the stage she echoed the latter with roles in plays by Schiller, Ibsen and Strindberg.Rütting retired from acting in 1984 and devoted her life to philanthropic environmental and animal-related causes (she was a vocal opponent of animal testing by pharmaceutical companies). Beginning in 1970, she pursued a secondary career as an author of novels, books for children and cookbooks and by the following decade made regular contributions to the weekly Swiss magazine Die Weltwoche. She was married and divorced twice, taking the surname of her first husband. Her second spouse was the German journalist, socialist politician and ex-wartime fighter ace Heinrich von Einsiedel.

A Time to Love and a Time to Die

A Girl Without Boundaries