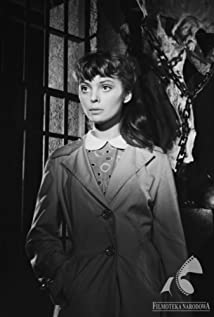 Barbara Kwiatkowska was a girl from the Polish countryside. One day, she took part in a competition called "Piekne dziewczyny na ekrany" ("Pretty Girls on to the Screens"). She won and landed the title role of "Ewa Bonecka" in the comedy Eve Wants to Sleep (1958) as the main prize. During filming, she met Roman Polanski, whom she later married. In the 60s, she left Poland. She changed her last name to Lass for the sake of foreign viewers.

Werewolf in a Girls' Dormitory