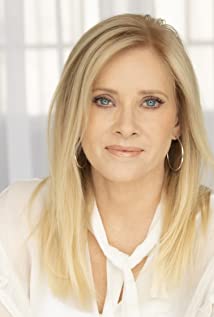 Barbara Crampton was born on December 27, 1958 in Levittown, New York. Growing up in Vermont, she spent the majority of her childhood summers traveling the country with a roadside carnival that her father worked for. Crampton began acting in school plays in seventh grade and subsequently studied drama in high school. She earned a BA in Theater Arts from Castleton State College and, following graduation, portrayed "Cordelia" in an American Theater of Actors production of "King Lear" in New York.The young actress then moved to Los Angeles and, in 1983, made her TV debut with a recurring role on the popular daytime soap opera Days of Our Lives (1965). The following year she had a brief, but memorable role in Brian De Palma's Body Double (1984), which was followed by the 1985 comedy Fraternity Vacation (1985). Barbara achieved enduring cult popularity as college coed Megan Halsey in Stuart Gordon's Re-Animator (1985) and, after making a splash in the horror genre, successively starred in From Beyond (1986), Chopping Mall (1986), Puppet Master (1989), and Castle Freak (1995), among others.Outside of horror, Barbara had recurring roles on daytime television soap operas Guiding Light (1952); The Bold and the Beautiful (1987), and The Young and the Restless (1973), for which won a Soap Opera Digest Award.Years after retiring from acting to raise a family, Crampton returned to film in 2011 with a role in Adam Wingard's You're Next (2011). She subsequently appeared in number of new films, the majority of which were horror. Highlights of her return include The Lords of Salem (2012), We Are Still Here (2015), and Beyond the Gates (2016).Crampton's hobbies include skiing, yoga, horseback riding, running, working out with weights, and shopping for antiques at flea markets. She lives outside of San Francisco with her husband, Robert Bleckman, and their two children.