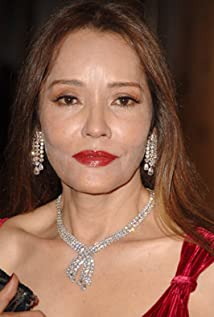 Barbara Carrera was born Barbara Kingsbury on December 31, 1945 in Bluefields, Nicaragua. This stunning former model became best known for her screen performances playing a sinister femme fatale. In doing so, she has achieved minor cult status and has quite a loyal fanbase. The tall and tanned Carrera first cropped up in minor roles taking advantage of her exotic features in The Master Gunfighter (1975), Embryo (1976) and The Island of Dr. Moreau (1977). She broke through with mainstream North American audiences playing Clay Basket in the miniseries Centennial (1978), and Lucia Flavius Silva's mistress in the miniseries Masada (1981).She sizzled on screen with Armand Assante as the sexy yet evil doctor in I, the Jury (1982), was the love interest of Texas Ranger Chuck Norris in Lone Wolf McQuade (1983), and gave her best role to date as assassin Fatima Blush opposite Sean Connery in Never Say Never Again (1983), and then as Emma Forsayth in the miniseries Emma: Queen of the South Seas (1988). In 1985-86, she played the role of business executive Angelica Nero on the primetime soap opera Dallas (1978). Carrera has most recently been seen guest starring on the popular television series That '70s Show (1998) and Judging Amy (1999).

Love Is All There Is