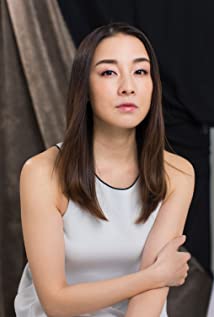 Born in Tokyo, Ayumi Ito has always had a love for movies and art. She made her big-screen debut in Nobuhiko Obayashi's The Water Travelers: Samurai Kids. Her distinctive style led to her critically acclaimed performance in Swallowtail Butterfly, directed by the renowned Director Shunji Iwai. At 16-years-old, Ayumi was awarded both the Best New Actress Award as well as the Best Supporting Actress Award at the 20th Annual Japanese Academy Awards.Ayumi's career has blossomed into starring roles in several successful films and television shows. She trained in LA and New York and has worked globally with world-renown Chinese director and artist Zhuangzhuang Tian, Michel Gondry (Eternal Sunshine of the Spotless Mind), among other great filmmakers. Ayumi's performance in the the Fuji TV drama Belle de Jour was so strong that she reprised the role when it became a feature film and box-office hit, earning over 2.3 billion JPY. She is also the voice of Tifa Lockhart in the animated film Final Fantasy VII: Advent Children. Off-screen, Ayumi is a talented vocalist and recording artist. Her passion for art continues to thrive and she brings characters to life in her performances.

People Just Do Nothing: Big in Japan

A Story of Yonosuke