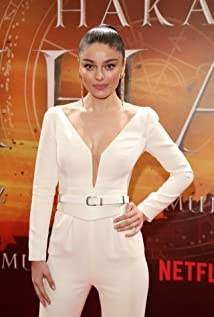 Ayça Aysin Turan (born in Sinop) is a Turkish actress. She continued her education in the Department of Radio, Cinema and Television in Istanbul University. She was educated in Sinop Municipal Conservatory.In 2011; she played "Gülfem" in "Dinle Sevgili" TV series.The main output of the actress was with "Ada" in Karagül TV series. Karagül stepped into publishing life in 2013.Her first feature film is "Sevimli Tehlikeli" directed by Özcan Deniz in 2015.She played her first lead role in "Meryem" TV series as "Meryem".In 2018, She acted as "Leyla Sancak" in Netflix's first Turkish Original series "The Protector".