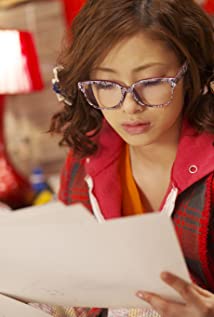 Born in Tokyo, Japan in 1985, Aya Ueto received her first break in August 1997 when, at the age of 11, she won the Special Jury Prize at the 7th All-Japan Bishoujo Contest. After this initial success, she tried her hand at both acting and singing, appearing in various minor TV drama roles, as well as a low budget action movie, and formed a short-lived pop quartet, "Z-1", with other winners of the Bishoujo Contest. After her passionate portrayal of a high school student with Gender Identity Disorder in the 6th series of the long-running classroom drama Kinpachi sensei, Mr. Kinpachi in Class 3B (1979), endeared her to the Japanese nation, she was able to pursue a solo music career with her first single, "Pureness", released in August 2002. It was this performance that also convinced cult movie director Ryûhei Kitamura to cast her in the title role of Azumi (2003). With the film's release date coinciding with the sale of her debut album "AYAUETO" in the spring of 2003, Aya was set for super-stardom. Her famous smile has since earned her increasing numbers of commercial contracts and magazine covers - all important exposure for any idol - combined with starring roles in a number of popular television dramas have meant she is rarely out of the limelight and has cemented her position as one of Japan's top entertainers.