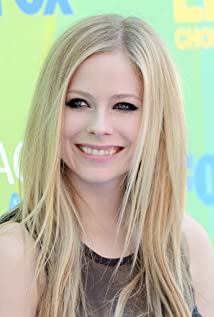 Avril Lavigne was born on September 27, 1984 in Belleville, Ontario, Canada, to Judith-Rosanne (Loshaw) and Jean-Claude Joseph Lavigne. Her ancestry is French-Canadian, Polish, English, Irish, and Scottish. At sixteen, she moved to Manhattan and began work on her debut album. She dropped out of high school after the 11th grade when she secured a record deal. When Avril was almost 18, she released "Complicated" from her debut album titled: "Let Go," which went 6x platinum. As a petite skater girl from a small town, Avril has shown she is independent, full of confidence and determination, providing a good combination to make "Complicated" and Avril a musical breakthrough. "Complicated" went to number #1 on Billboards Top 100 while also earning her 5 Grammy nominations, MTV music awards, MTV European music awards and many more.

Katy Perry: Part of Me