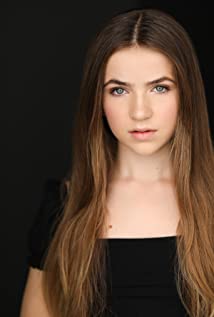 From a young age Ava has had a love for the Performing Arts. She began her education in a Fine Arts program in Elementary School where a role as the Paper Bag Princess in a grade one play showed Ava was destined to perform! In awe her school principal turned to Ava's mom during the performance and said, 'did you know she had that in her?!'Ava's first film/TV role at nine years of age was for Freeform's 'Dead of Summer' where she guest starred as 'young Amy' (older version played by the very talented Elizabeth Lail). Showing her ability to convey intense emotion on screen, Ava followed up with dramatic roles on CW's 'Supernatural' and Canadian indie feature 'Thunderbird'.In 'Supernatural' she played the role of 'May Sunder' alongside veteran actors Alicia Witt and Ian Thomas.In 'Thunderbird' she plays the role of 'Young Sarah'. The film is both haunting & beautiful with it's breathtaking images of the coastal town of Port Hardy, BC and stars Canada's Natalie Brown and newcomer Colten Wilke. Having recently screened at Marché Du Film in Cannes and at the Whistler Film Festival, 'Thunderbird' is receiving international attention for its outstanding cinematography, writing, and strong performances.2019 started out strong for Ava with exciting roles in CW's 'Batwoman' starring Ruby Rose and Rachel Skarsten and AppleTV's 'SEE' headlined by Jason Momoa, and also starring Hera Hilmar, Sylvia Hoeks, Christian Camargo, and Alfre Woodard. Ava is receiving rave reviews for her strong and emotional performances as Young Beth Kane/Young Alice in 'Batwoman' and Young Maghra Kane in 'SEE'.The way Ava has been able to tell the tragic backstory of a Young Beth Kane has been integral to the new CW series. Ava's heartbreaking portrayal of a young girl who loses everything and then ultimately loses herself in a storybook character as her only means of 'escape' has caused fans to root for the redemption of the shows biggest and baddest villain Alice, who is also Kate Kane's twin sister.Likewise in 'SEE' Ava's portrayal of a Young Maghra is also a pivotal scene in season one of the new Apple TV series. Ava's performance as a young princess at her dying father's bedside as he whispers four words that would 'change an entire world' is beautifully and masterfully done.Oddly enough both of these incredible characters share the last name KANE....as well as the tale of two sisters. Interesting coincidence or not, one thing is for sure - Ava was meant to bring these two characters to life.With both of these large scale productions currently airing and/or streaming worldwide, it has been a great year for Ava and yet it feels like she's just getting started.When Ava is not working on a film project, she enjoys competing in dance, swimming, skim boarding, spending time with her family, and walking her adorable Labradoodle Maisie.Ava is repped by Premiere Talent Management, Vancouver, BC. and Luber Roklin Entertainment in Los Angeles, CA.

A Family for the Holidays